Origins of Telepathy, Mediumship, and Channeling

The term telepathy originated from the Greek tele meaning distant and pathos meaning perception. It refers to transmission of information between individuals without using the five traditional senses.
The term was coined in 1882 by Frederic W. H. Myers, one of the founders of the Society for Psychical Research. Parapsychology is a pseudoscientific field that investigates paranormal and extrasensory (psychic) events. Experiments involving telepathy have been heavily criticized for the lack of appropriate controls and repeatability by the mainstream scientific community. 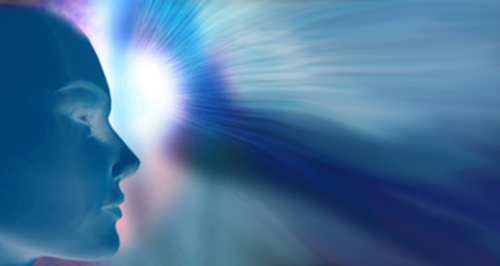 Telepathy came into our cultural focus parallel to when mediumship became popular after the rise of the Spiritualist religious movement. Mediumship is the practice of establishing and mediating communication between the living and the dead. Both telepathy and mediumship practices became so prevalent in the United Kingdom that in 1951 England passed the Fraudulent Mediums Act 1951, which repealed the Witchcraft Act of 1735 and section 4 of the Vagrancy Act 1824. The act states that express provision is made “for the punishment of persons who fraudulently purport to act as spiritualistic mediums or to exercise powers of telepathy, clairvoyance or the similar powers”. In England, mediums found guilty of fraud can be prosecuted, imprisoned, and fined.

I feel it would be beneficial for readers to understand the Spiritualists’ definition of mediumship, which from their reference point is synonymous with channeling. From my point of view, while the term mediumship could be preserved to describe only communication between the living and the dead, channeling could be used as an umbrella term to encompass exchange of information between the living and the dead as well as physical and non-physical entities from different density and vibration levels.

As per Spiritualists, there are two types of mediumships – mental and physical. In mental mediumship, the information is received in the medium’s mind and then communicated to those present. On the other hand, in physical mediumship, everyone present can witness the event taking place with their five senses.

Some of the most common phenomena found in mental mediumship are: clairvoyance (seeing the spirit), clairaudience (hearing the spirit), and clairsentience (being aware of spirit’s feelings, and even smells).
Physical mediumship takes place via ectoplasm, a viscous substance that exudes from the body of a medium who is in deep trance. To produce physical phenomena, a séance is held with environmental restrictions to ensure the safety of the medium (i.e., dark room, no photography). Spirit then uses the ectoplasm to form physical manifestations, such as an appearance of a person or levitation of objects. Again, everybody present can witnesses these physical phenomena.

Some of the phenomena associated with physical mediumship are: materialization (appearance of spirit’s body), transfiguration (appearance of spirit’s face), direct and independent voice (spirit speaks via voice box attached to a trumpet or without the trumpet, respectively), levitation, telekinesis (movement of objects), and apports (de-materialization and transportation of objects), asports (de-materialization of an object which is then found elsewhere).

Phenomena such as levitation and telekinesis are not unique to physical mediumship; however, under these circumstances, ectoplasmic rods are used to move the objects.

Dr. Michael Salla explains that telepathy is a relay of information coming through the universal communication system whereas channeling is allowing a frequency to come through while our “self” steps aside. Although I largely agree with Thaheld’s thesis that through quantum entanglement all intelligent life can communicate with each other, I find the definitions of telepathy and channeling lacking universal agreement and as a source of confusion (and disagreement) among public, spiritualists, parapsychologists, and regular readers. 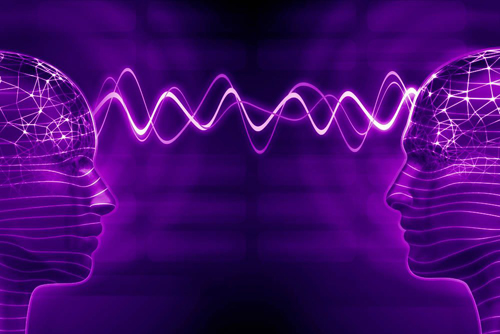 Telepathy and channeling (and mediumship) are all considered part of psi – paranormal or psychic phenomena conducted through the power of the mind. ESP is the category of psi that deals with knowing while psi, in addition to knowing, also includes the power of the mind to do things.
Telepathy is the ability to communicate information by means other than the known five senses. This type of communication extends to interspecies and most likely has played the most important role when it comes to development of humanity as influenced by Inner Earth (IE) or Extraterrestrial (ET) beings.

Telepathy can take place in the waking, dream, and hypnotic states (i.e., Edgar Cayce). It can be categorized under mental channeling via perception group of psychic phenomena. Based on my personal experience with living person-to-person telepathy, there seems to be a subjective and an objective component to telepathy.

At certain times, telepathy can take the form of “hearing words” in their own voice, “hearing words” in the voice of the interlocutor, or “feeling words” and “feeling emotions” from the same interlocutor. We cannot disregard the psychological context from the principles of communication where we are “verbally communicating” to someone with our mind, we are also “non-verbally communicating” with transmission of our state of mind and feelings.

Based on my research on the Mitchell-Hedges crystal skull, I believe it may be possible to telepathically communicate with artificial intelligence or objects used to store and imprint mental energy information.
It is commonly believed that with channeling, “self” must be pushed aside to allow the “other” to communicate. I would like to point out that this is the case for telepathy as well. When you are in communication via telepathy, you must “reign in” or control “yourself” otherwise you will not “hear or feel” or be able to exchange telepathic messages effectively.

If you observe yourself talking normally to an individual next to you, you will notice active thoughts in the back of your mind as you are exchanging verbal information. You are selectively choosing what you say and how to say it from the pool of your active thoughts. The same occurs with telepathy. You still preserve your pool of active thoughts and emotions but choose to communicate with your mind only a selection of thoughts in clear sentences and feelings. You also must be able to separate “self-thoughts” from “other messages” that requires a certain degree of dissociation from “self” and includes quieting the mind. This suggests that communication via telepathy has its own region within the brain akin to Broca’s and Wernicke’s area specialized for production of speech and comprehension of language.

Both processes may appear akin to remote mind control technologies or remote psychic influence. However, I believe these are separate processes which employ either the influencing of the brain as a sensing organ directly or exploiting an individual’s inability to differentiate self-thoughts and feelings from non-self.
The importance of physical channeling should not be discounted when it comes to communication with IE or ET beings. The main difference between mental and physical channeling lies in witnessing the events of each by those other than the channeler. While in mental channeling under trance control, the non-physical entity uses the channeler’s body to various degree to express himself, there is no manipulation of the external environment as observed during physical channeling. I believe this is one way to test the claims of channeling.

Parapsychologists have various tests to determine whether a channeler is under a trance control such as slowing of the heart rate; a slow, deep, and steady breathing pattern; no rapid eye movement; a lowering of body temperature; a greatly reduced reaction to touch and pain; and various degrees of unconsciousness. In addition, the voice pattern, inflection, and the general manner of speech differ from the normally exhibited by the channeler. As seen in the Seth material and Eileen Garrets trance communications, there is often a broken speech pattern, reversal of sentence structure, and change in sentence structures.

Physical mediumship has faced a rapid decline in practice and currently I know only of one practicing physical medium, David Thompson. I do not believe that IE or ET beings have the need or must use ectoplasm to communicate. Perhaps physical mediumship and ectoplasm were needed at certain points during human evolution and development for people to learn to believe in the existence of the spirit or perhaps the existence of ectoplasm is just malarkey.
Currently, 3 out of 4 individuals in the USA believe in paranormal events despite mainstream science claiming that they do not exist (at least not with any statistical significance). The only requirement for communicating via telepathy and channeling is the belief that it can be done and accessing the portion of the brain that is responsible for imagination. 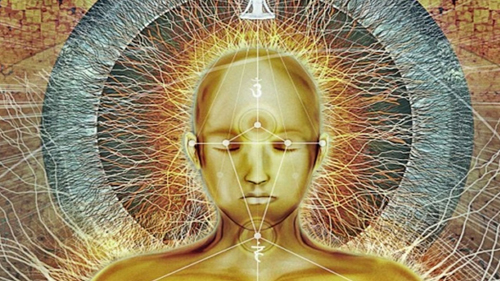 As a Ph.D. trained scientist in the field of Biochemistry and Molecular Biology and a M.D. trained physician, I realize that science continually builds its knowledge based on observations and testable and reproducible explanations. I believe in science. As someone who has experienced the paranormal, I can attest to its unpredictability, and yet I believe that telepathy and channeling are possible and feasible.

I feel that the current scientific approach to studying these phenomena is lacking ingenuity. I believe mainstream researchers should be reminded of the double-slit experiment, which reveals that all waves that pass through two narrow parallel slits, as well as a single photon will form an interference pattern on a screen. The variation of that experiment called delayed choice quantum eraser experiment indicates that observing the photon can change events having already happened. Perhaps the issue with mainstream science’s approach in studying telepathy and channeling is in its mode of observation.