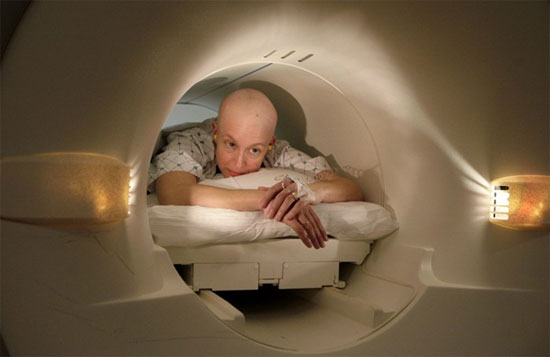 Today, the odds are pretty good that you have (or have had) cancer, or know somebody who does. In Canada, approximately 1 million Canadians who were alive at the beginning of 2009 had received a cancer diagnosis in the previous 10 years. Two out of every five Canadians will develop cancer within their lifetime, and one in every four will die from it. In the United States, one out of every two men and one out of every three women will develop this disease.

Since we began recording cancer statistics, these rates have risen steadily, and more people are starting to ask questions and observe the environment we choose to surround ourselves with on a daily basis.
And new research is emerging every day that calls into question the only two approved treatments for cancer – radiation and chemotherapy. It seems we are approaching a time when the medical community will be forced to consider new options for cancer treatment. After all, scientists have discovered that chemotherapy fuels cancer growth and kills the patient more quickly than if they had gone without, yet nothing has been changed.

Now, however, a little-known Chinese herb might soon be eligible for the growing list of alternative cancer treatments. According to studies published in Life Sciences, Cancer Letters, and Anticancer Drugs, artemisinin, a derivative of the wormwood plant commonly used in Chinese medicine, can kill off cancer cells and do it at a rate of 12,000 cancer cells for every healthy cell.

Henry Lai and his team of researchers from the University of Washington synthesized the compound, which uses a cancer cell’s appetite for iron, to target only these diseased cells, meaning it leaves normal cells unharmed, unlike most other cancer treatments. According to Lai: “By itself, artemisinin is about 100 times more selective in killing cancer cells as opposed to normal cells. In this study, the new artemisinin compound was 34,000 times more potent in killing the cancer cells as opposed to their normal cousins. So the tagging process appears to have greatly increased the potency of artemisinin’s cancer-killing properties.”

Despite the compound being licensed to Holley Pharmaceuticals, it has yet to be used for cancer treatment in humans.
“We call it a Trojan horse because the cancer cell recognizes transferrin as a natural, harmless protein. So the cell picks up the compound without knowing that a bomb – artemisinin – is hidden inside,” explains Lai. 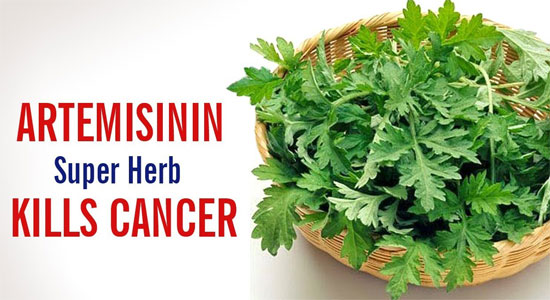 Wormwood extract was used many centuries ago in China for healing purposes but the treatment became lost over time. It has now been rediscovered thanks to an ancient manuscript containing medical remedies.

According to the University of Washington’s UW Today: “The compound is currently being licensed by the University of Washington to Artemisia Biomedical Inc., a company Lai, Sasaki and Narendra Singh, UW associate professor of bioengineering, founded in Newcastle, Wash. for development and commercialization. Human trials are at least several years away. Artemisinin is readily available, Sasaki said, and he hopes their compound can eventually be cheaply manufactured to help cancer patients in developing countries.”

This would enhance the toxicity and selectivity of artemisinin towards cancer cells. In this paper, we describe a method to synthesize such a compound in which transferrin was conjugated with an analog of artemisinin artelinic acid via the N-glycoside chains on the C-domain. The resulting conjugate (‘tagged-compound’) was characterized by MALDI-MS, UV/Vis spectroscopy, chemiluminescence, and HPLC. We then tested the compound on a human leukemia cell line (Molt-4) and normal human lymphocytes. We found that holotransferrin-tagged artemisinin, when compared with artemisinin, was very potent and selective in killing cancer cells. Thus, this ‘tagged-compound’ could potentially be developed into an effective chemotherapeutic agent for cancer treatment.”

The FDA currently approves artemisinin for treating malaria. Despite being safe, easy to use, and inexpensive, and working on all cancers, it has yet to find its way into the mainstream. It really is time to move beyond just radiation, surgery, and chemotherapy for cancer treatment.