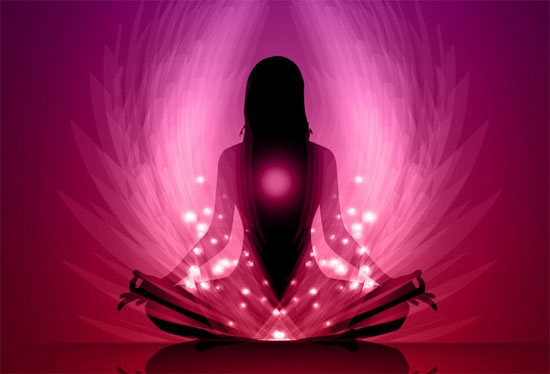 What colors you surround yourself with speak volumes about the person you are, even though you may not realize it. Haven’t you noticed that we are all attracted to certain colors, while we shy away from others? Well, some people believe there are very good, yet unconscious reasons for that.

One of those people is the famed psychic and “sleeping Prophet”, Edgar Cayce. Even though he lived more than a century ago, Edgar Cayce knew things about the past, present and future that no man could have known without special abilities.
Each one of his abilities is worthy of a full article in itself, so we won’t delve into them today. Chances are you probably already know Edgar Cayce, so we’re just going to discuss what he claimed he learned about colors while he was accessing the AKASHA-ic records.

One of the last books Edgar was working on before his death was a book on Colors and the Human Aura. Edgar could see colors of energy around people, and he believed each color he saw represented an aspect of that person, among other things. Here is a small excerpt from his essay Auras, An Essay on the Meaning of Colors:

“What do auras mean to the majority of people, who cannot see them, you ask? Well, the majority of people do see them, I believe, but do not realize it. I believe anyone can figure out what another person’ aura is in a general way, if he will take note of the colors which a person habitually uses in the matter of clothing and decoration. How many times have you said of a woman: ‘Why does she wear that color? It does not suit her at all.’ How many times have you said: ‘How beautiful she looks in that dress. The color is just right for her. It was made for her to wear it.’ 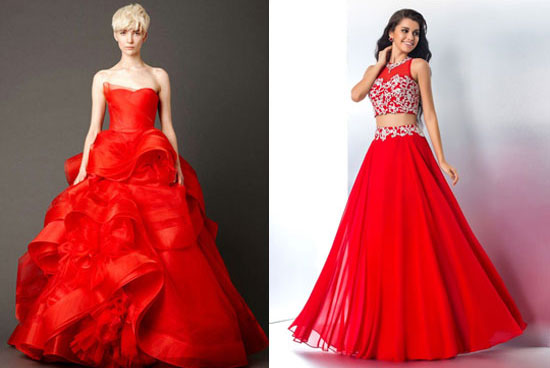 In both cases you have been reading an aura. The first woman was wearing a color which clashed with her aura. The second woman was wearing a color which harmonized with her aura. All of you know what colors are helpful to your friends, and bring out the best in them. They are the colors that beat with the same vibrations as the aura, and thus strengthen and heighten it. By watching closely you can even discover changes in your friends as they are reflected in a shift in the color predominating in their wardrobe.”

Red is the color of our MANIPURA CHAKRA. In ancient times, red was considered a color of power and strength. As for the meaning of red, it indicates force, vigor and energy. Its interpretation depends upon the shade, as with all colors. Dark red indicates high temper, and it is a symbol of nervous turmoil.
A person with dark red in his aura may not be weak outwardly, but he is suffering in some way, and it is reflected in his nervous system. Such a person is apt to be domineering and quick to act. If the shade of red is light it indicates a nervous, impulsive, very active person, one who is probably self-centered. Scarlet indicates an overdose of ego.

Orange is the color of the sun. It is vital, and a good color generally, indicating thoughtfulness and consideration of others.
Again, however, it is a matter of shade. Golden orange is vital and indicates self-control, whereas brownish orange shows a lack of ambition and a don’t-care attitude. Such people may be repressed, but usually they are just lazy. People with orange in their auras are subject to kidney trouble. In the early church orange signified glory, virtue, and the fruits of the earth, all of these being connected naturally with the sun. 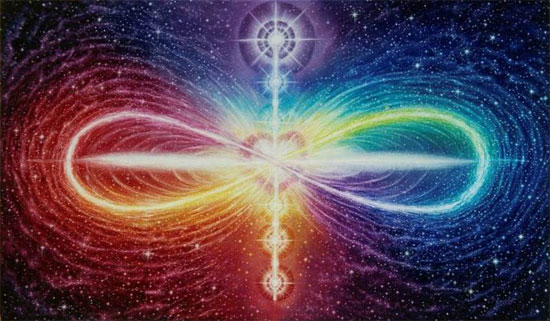 Yellow is the second primary color. When it is golden yellow it indicates health and well-being. Such people take good care of themselves, don’t worry, and learn easily; good mentality is natural in them. They are happy, friendly, and helpful. If the yellow is ruddy, they are timid. They are thus apt often to be indecisive and weak in will, inclined to let others lead them.

Pure emerald green, particularly if it has a dash of blue, is the color of healing. It is helpful, strong, friendly. It is the color of doctors and nurses, who invariably have a lot of it in their auras.
However, it is seldom a dominating color, usually being over-shadowed by one of its neighbors. As it tends toward blue, it is more helpful and trustworthy. As it tends toward yellow it is weakened. A lemony green, with a lot of yellow, is deceitful. As a rule the deep, healing green is seen in small amounts, but it is good to have a little of it in your aura.

Blue has always been the color of the spirit, the symbol of contemplation, prayer, and heaven. The sky is blue because gas molecules in the air cause light rays from the sun to be scattered.
Almost any kind of blue is good, but the deeper shades are the best. Pale blue indicates little depth, but a struggle toward maturity. The person may not be talented, but he tries. He will have many heart aches and many headaches, but he will keep going in the right direction.
The middle blue, or aqua, belongs to a person who will work harder and get more done than the fellow with light blue, though there may be little difference between them in talent.
Those with the deep blue have found their work and are immersed in it. They are apt to be moody and are almost always unusual persons, but they have a mission and they steadfastly go about fulfilling it. They are spiritual-minded for the most part, and their life is usually dedicated to an unselfish cause, such as science, art, or social service.

Indigo and violet indicate seekers of all types, people who are searching for a cause or a religious experience. As these people get settled in their careers and in their beliefs, however, these colors usually settle back into deep blue. It seems that once the purpose is set in the right direction, blue is a natural emanation of the soul. Those who have purple are inclined to be overbearing, for there is an infiltration of pink.

The perfect color, of course, is white, and this is what we all are striving for. If our souls were in perfect balance then all our color vibrations would blend and we would have an aura of pure white.

In the video below, psychic Carol Ann Liaros and Cayce expert Kevin J. Todeschi talk about Edgar Cayce on Auras and Colors, a title they wrote together. This unique volume teaches you to access your intuitive self in order to see auras and explores colors and auras in a way that provides practical tools that can be applied in your own life right now. For Edgar Cayce, the aura provided a pictorial representation of an individual’s health, thoughts, talents, and life potentials as well as KARMA-ic lessons and even past lives. This book also includes Auras: An Essay on the Meaning of Colors, which was written by Edgar Cayce himself.