The Normalisation of Madness

I’m sitting in the departure lounge at Krakow airport, waiting for the flight to Edinburgh. Sitting opposite is a young woman with a pink mobile phone resting against her crotch and a plastic bottle of Coca Cola standing in the same place. The first, slowly destroying her brain and reproductive capacity and the second slowly destroying her gut and nervous system. 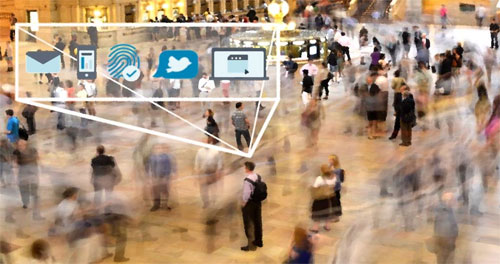 She has ear pieces extensions coming from her mobile and wears a vacant, somewhat resigned expression on her face. Unaware, no doubt, that she is steadily shortening her life expectancy.

It’s a pretty crowded place. The usual array of dominant global corporations display their latest wears in the neon lit sterile corridors that have become the stereo typical environment of international airports the world over. Each processed, packaged product on offer is displayed as “irresistible”.

The air in this place is “conditioned”, but so is everything. Including the pall of microwaved electronic smog which ensures that no one’s brain is working as it should. We are all anaesthetized.

Manufactured electricity is the dominant energy here, humming and buzzing through the power points of hundreds of appliances, screens and WiFi hotspots.

Airports like this pretty much symbolise the normalisation of madness. The less than human techno-dependent totems of the modern computer-led era, that creep on and on in their homogenisation of planetary diversity.

The young lady opposite peers at the screen of her cell phone. Suddenly some small glimmer of an expression animates her face. Someone is texting a message to her. I wonder what it says? Maybe “How are you darling – just got back home and found your little brother playing ‘War Games 3’ on his new app. Daddy is mowing the lawn – again! Have a great flight and don’t forget to text us when you arrive! Luv, mum.” Her face returns to neutral and she replaces the phone back in its original life-sapping position.

Outside the window, various and sundry robotic like vehicles maneuver around the acres of tarmacadam that form the terminals of international airports. Not a tree in sight. A few seats down from me, a baby is sitting on its mother’s lap, musing meditatively on whatever it is that babies muse upon. Suddenly a beautiful smile lights up its face. A subtle aura of redemption hangs in the air – and for just a moment – sheer joy penetrates the small space in which this baby exudes her moment of unprocessed pleasure. How good it is to see and feel the power of the human spirit rising up amidst this restless place of concrete, wires, glass and plastic.

Earlier, on the way through security, I am taken aside for having alerted the X-ray machine. A security officer takes a pair of tweezers with a tab on the end and scans my hands and wrists. How strange, I think, to be scanning here … until I remember that more and more mortals now have chips in their wrists which would no doubt alert the scanning machine. It occurs to me that maybe I have been chipped unknowingly, and am being permanently monitored by big brother’s centralised bureau of investigation. Not impossible by any means, but more likely the reason for the red light to blip on, was a piece of steel inserted into my lower leg by the Polish bone surgeon who fixed fbroken ankle a year ago. 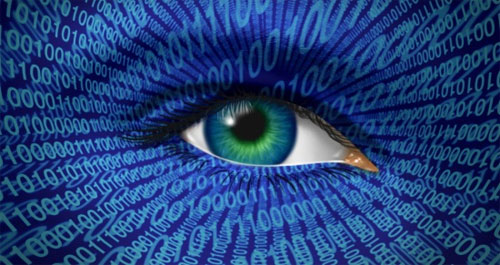 Some thirty minutes later, on board the plane, the human side of life manages to interject once again, this time in the form of the flight steward; a jovial soul with a broad Scottish accent and twinkling smile. Laughter breaks-out as he explains why, due to incoming passengers overindulging themselves, there is a lack of sandwiches on board for the return trip. The frisky steward, well into the later stages of his professional career, reminded me of the milkman I once hired to deliver my unpasteurised Guernsey milk and cream to local residents of South Oxfordshire. He was a Glaswegian (from Glasgow) and almost no one understood a word he was saying – including me – so thick was his accent.

But let us thank God that such eccentric individuals remain at large in today’s corporate dominated, politically correct, standardised society. All is not lost, in spite of every attempt being made to drive us into submission to a soulless virtual reality existence. In fact, increasingly there are signs of new life springing up where they might least be expected – as in a routine commercial airline flight between Krakow and Edinburgh.

There are always trees that, given only the slightest glimpse of light, manage to grow through the concrete designed to keep them out. Those able to be human still probably form the majority on this planet; but the pressures to conform to the cyborgian Orwellian agenda are relentless – and warmth of heart is often the first casualty in this drive for domination at the hands of a banker-led military industrial new world order.

We bump down on the tarmac of Edinburgh airport and come to rest at the docking gate. Everyone leaps to their feet as though responding to refrains of “God Save the Queen”. There is the usual unseemly cavalcade towards the passenger exit point, with the mobile phones once again out in force; twitting and tweeting like a flock of startled birds.

But then something distinctly different – the walkways to customs formalities are completely free of advertising. There is none of the usual frenetic electromagnetic buzz; no mass-produced music. People seem to slow down. At passport control an almost palpable hush fills the hall. Couples are taken through together, passing smoothly through the gates. One can almost touch the sense of something real. One can almost smell the tangle of the isles. Almost sense the not so distant highlands; the lochs, sea, seaweed, the heather – and the proud piper in the glen.

For those who know these parts, a little shiver passes up the spine. Do we not hear the distant refrain of bagpipes calling us again to arms? Ancient, ancient land of barren rugged granite hills – peppered with cascading mountain streams. The haunting, almost treeless landscape, laid waste by man in former times, but still exuding a compelling magnetic power.

Heading out of Edinburgh and beating a path across the bleak and beautiful highlands towards the Western Isles, Jadwiga declares the scene to be “A sad kind of beauty.”
“Here you can see the pride of those who held-on and who refused to be ‘developed’” she mused. “A terrible beauty” quote I, a Scotsman by dint of my forebears of the clan Rose of Kilravock.

And as we journey on, so this little tale of humanity and inhumanity comes to rest. The moral, should you call for it, is this: where man has, for whatever reason, failed to install the tearing and tormenting attributes of modernity, so lives on a call upon our deeper senses to rise again and breath anew. Play on, ye pipers at the gates of dawn!