Why are there so many pictures of celebrities hiding one eye? It is definitely not random. In fact, the One-Eye sign has a profound meaning and proves an important fact about the powers that be. This article looks at the origins and the meaning of the unescapable One-Eye sign. 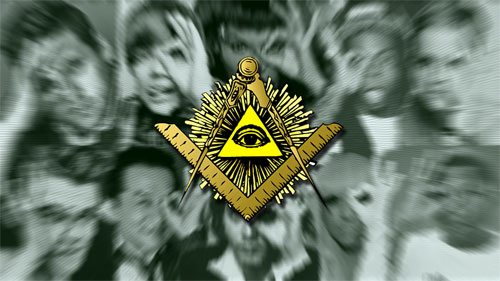 The One-Eye is one of the most recurrent themes in mass media. Throughout the years, this site has highlighted numerous clear instances where major artists, models, celebrities, politicians and public figures posed with one eye hidden.

The sign is everywhere: In music videos, on magazine covers, on movie posters, in advertisement and so forth. The sheer number of these pictures is simply staggering. Considering these facts, the repeated occurrence of the One-Eye sign simply cannot be the result of coincidence. Indeed, there is a clear effort to have this sign displayed everywhere.

So, why is this sign everywhere and what does it mean? Here’s a look at the timeless and transcendental symbol of the Eye. 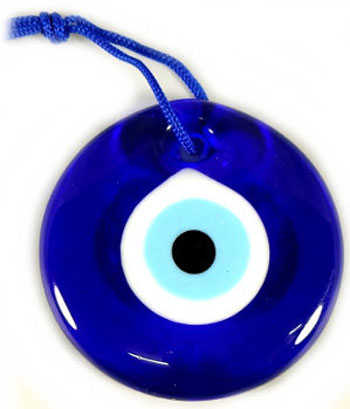 The human eye has been used as a symbol since the dawn of civilization. It can be found across all ages and cultures. Carl Jung identified the eye as a classic “archetypal symbol” – an image that is embedded in humanity’s “collective unconscious”. According to his theory, humans instinctively respond to archetypal symbols and unconsciously assign to them a specific meaning.

“Eyes are probably the most important symbolic sensory organ. They can represent clairvoyance, omniscience, and/or a gateway into the soul. Other qualities that eyes are commonly associated with are: intelligence, light, vigilance, moral conscience, and truth. Looking someone in the eye is a western custom of honesty.
In this way covering of the eyes, by wearing a helmet, sunglasses, etc. can mean mystery, not seeing the complete truth, or deceit. The eye often means judgment and authority.” – Dictionnary of Symbolism, University of Michigan.

In nearly all cultures, the symbol of the eye is associated with spiritual concepts such as divinity (the Eye of Providence), spiritual illumination (the Third Eye) or magic (the evil eye).

“The eye symbolizes seeing and light, and therefore consciousness itself. The eye is the part of us that beholds the universe and sees our place in it. It is knowledge, awareness and wisdom. The eye takes in light, the pure energy of the universe, and presents it to the inner spirit. It is the gateway, indeed the very union, between the self and the cosmos.”– Peter Patrick Barreda, Archetype of Wholeness – Jung and the Mandala.

The symbol of the eye always had a mystical and spiritual dimension assigned to it. As the popular saying goes: Eyes are the windows to the soul. For this reason, the symbol of the eye is particularly important in occult circles and mystery schools. 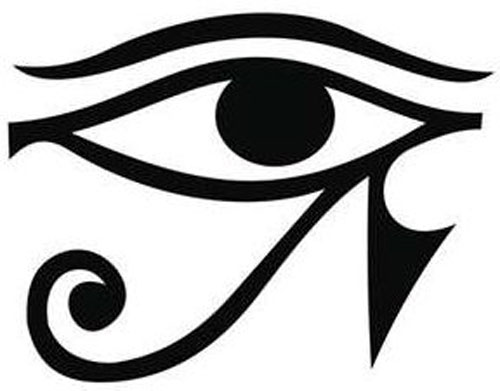 “The early sun god was named Horus. When Ra took over the title of sun god, he was also known as Ra-Horakhty or Ra, who is Horus of the 2 horizons.
It was in a battle with Set that Horus lost the use of one eye. Thoth restored the eye, and this was when Horus was also named Wadjet.” – Ancient Pages, Eye Of Horus – Powerful, Ancient Egyptian Symbol With Deep Meaning.

Because the symbol of the eye is associated with the sun – a proxy of divinity – the esoteric eye has a peculiar quality: It is “all-seeing”.

The archetype of the all-seeing one-eyed sun god can also be found in other ancient cultures. In Persia, Ahura Mazda was considered to be the creator of Earth, the heavens, and humankind, as well as the source of all goodness and happiness on earth. He was said to have “the sun for an eye”.
“The supreme god Ahura Mazda also has one Eye, or else it is said that ‘with his eyes, the sun, moon and stars, he sees everything.” – Manly P. Hall, The Secret Teachings of All Ages.

In Norse mythology, Odin was known as the ‘Allfather’ (or father of the gods). He was represented as an old man with one eye. 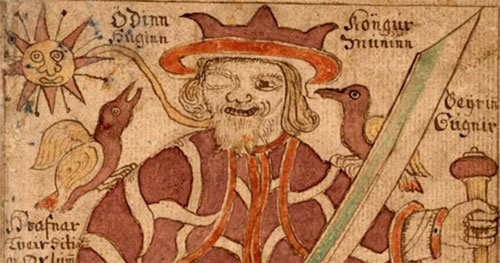 An ancient depiction of Odin

Odin is yet another representation of a one-eyed creator sun god.
“The Supreme, invisible Creator of all things was called All-Father. His regent in Nature was Odin, the one-eyed god. The Norwegians regarded Balder the Beautiful as a solar deity, and Odin is often connected with the celestial orb, especially because of his one eye.” – Ibid.

Considering the fact that Western occultism was greatly influenced by the occult teachings of the civilizations above, the symbol of the All-Seeing Eye made its way into orders such as the Rosicrucians, the Illuminati, and the Freemasons. 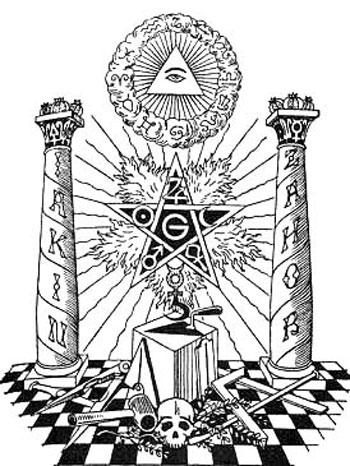 Masonic symbols under the All-Seeing Eye

“Albert Mackey writes that the All Seeing Eye is ‘an important symbol of the Supreme Being, borrowed by the Freemasons from the nations of antiquity.’ The All Seeing Eye is a symbol representing the watchful gaze of God. It reminds us that every thought and action is to be recorded by the Grand Architect of the Universe, and that we are bound to our obligations in spirit as well as in blood.” – James E. Frey, 32 degree mason, Midnight Freemasons.

Due to the heavy influence of Freemasonry on the historical events of the past centuries, the symbol of the All-Seeing Eye was included on prominent documents such as the reverse of the Great Seal of the United States and the Declaration of Human Rights. 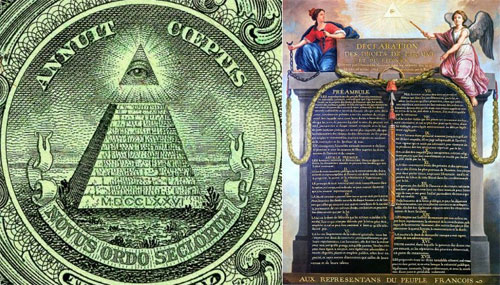 “If any one doubts the presence of Masonic and occult influences at the time the Great Seal was designed, he should give due consideration to the comments of Professor Charles Eliot Norton of Harvard, who wrote concerning the unfinished pyramid and the All-Seeing Eye which adorned the reverse of the seal, as follows:
The device adopted by Congress is practically incapable of effective treatment; it can hardly (however artistically treated by the designer) look otherwise than as a dull emblem of a Masonic fraternity.” – Hall, op. cit.

The symbol of the eye was also adopted by several powerful secret societies such as the O.T.O. 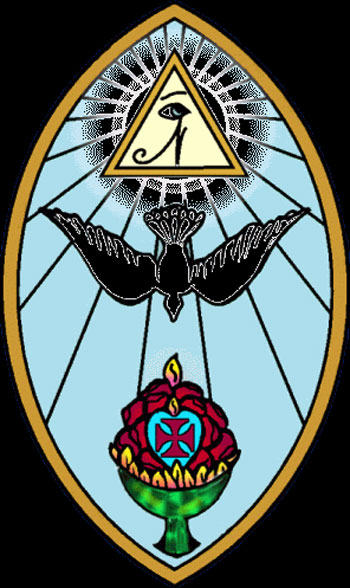 The seal of the O.T.O (Ordo Templi Orientis)

That being said, does the symbol of the All-Seeing Eye actually represent God – as in the Judeo-Christian God? Well, this is where things get dark. The prominent American Freemason Albert Pike wrote that the true meaning of occult symbols is only revealed to high-level “initiates”:

“It is in its antique symbols and their occult meaning that the true secrets of Freemasonry consist. But these have no value if we see nothing in the symbols of the blue lodge beyond the imbecile pretenses of interpretations of them contained in our monitors.
People have overlooked the truth that the symbols of antiquity were not used to reveal but to conceal. Each symbol is an enigma to be solved, and not a lesson to be read. How can the intelligent Mason fail to see that the blue degrees are but preparatory, to enlist and band together the rank and file Masonic army for purposes undisclosed to them, that they are the lesser mysteries in which the symbols are used to conceal the truth?” – Albert Pike, Legenda and Readings of the Ancient and Accepted Scottish Rite of Freemasonry.

Manly P. Hall, another prominent Freemason wrote that the All-Seeing Eye esoterically represents the ultimate goal of occultism: To attain divinity through one’s own means. This is done through the activation of the pineal gland – the Third Eye, he says:
“Operative Masonry, in the fullest meaning of that term, signifies the process by which the Eye of Horus is opened. In the human brain there is a tiny gland called the pineal body, which is the sacred eye of the ancients, and corresponds to the third eye of the Cyclops.” – Hall, op. cit.

In Islamic eschatology, the end-times figure named Al-Masīḥ ad-Dajjal (“the false messiah, liar, the deceiver”) is said to be blind in his right eye. By pretending to be the Messiah, the Dajjal would deceive and take over the world. For these reasons, the Dajjal bears great similarities with the Antichrist in Christianity.

Considering the fact that the world today is ruled by what we call the “occult elite” (because of its ties with occult orders), it is no surprise that its main symbol is found everywhere.
However, it is all done in a deceitful way. Today’s entertainment industry thrives on control, manipulation, and distortion. It is also all about debasing the masses from everything that is true, pure and healthy. Today, the symbol of the All-Seeing Eye is now about a select group of people oppressing, monitoring and controlling the world population.

While the All-Seeing Eye is esoterically associated with the opening of the Third Eye to attain spiritual illumination, the One-Eye sign made by celebrities is about the exact opposite: Hiding and incapacitating an eye. The symbolism of this gesture is powerful. 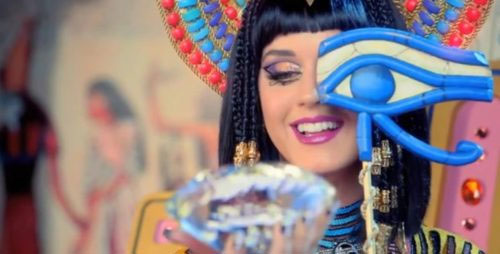 When you hide one eye, you effectively block half of your vision. In symbolic terms, you become half-blind to the truth. By hiding one eye, celebrities symbolically “sacrifice” a vital part of their being for temporary material gain. And, since eyes are the “windows to the soul”, this gesture symbolizes the partial or total loss of one’s soul. 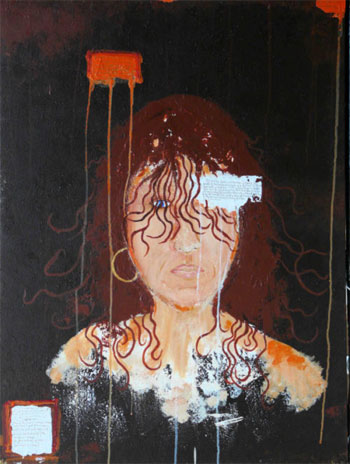 Painting by Kim Noble, a survivor of trauma-based mind control.

Proof of Absolute Control by the Occult Elite

The omnipresence of the One-Eye sign in mass media also serves another purpose: It proves that all outlets of mass media are owned by a very small, elite group.
Indeed, in order to have the same exact sign appear consistently and repeatedly across all media platforms and across the world, there needs to be a centralized source of power that forcibly makes this happen.

In short, this symbol represents the global elite and all of its agenda: The debasing of the human psyche, the promotion of satanism, the normalization mind control, the normalization of transhumanism, the blurring of genders and more. The ultimate goal: Straying the masses as far away as possible from Truth, health, and balance.

The symbol of the eye is an archetype that transcends time and space. Perhaps because humans instinctually respond to gazing eyes, there is something about that symbol that is jarring yet fascinating.
While, in ancient times, the symbol of the All-Seeing Eye was often equated with the sun god, it gradually became a symbol of the power of the secret societies that shaped history in the last centuries.

That being said, there is a silver lining here. The One-Eye sign is a convenient way of identifying media to avoid because it is most likely drenched in the occult elite’s debasing agenda.

The making of a monster: we’re all lab rats in the government’s secret experiments (1)