Would You Believe That Cell Phones Are A Cause Of Male Infertility?

Cell phones and fertility, now that really is an issue that nobody much talks about. Your first reaction might be “what of it?” Well as with pretty much everything else in the cell phone radiation/EMF arena, it’s almost as if there is a media blackout on the subject.

There are studies which show that cell phone radiation has a negative impact on male fertility. It’s just that they have been played down.
We don’t want to sound alarmist, but this is actually quite big deal. This brings to mind a movie called Children of Men with Clive Owen, where the future of the human race is under threat because there are no more babies being born.

The studies are not talking about the decimation of the human race, but they are talking clearly about a decreased sperm function. Given that our home and work environments have higher and higher levels of cell phone radiation from cell phone towers and from cell phones devices, electromagnetic pollution from WiFi, smart meters, cordless phones, wireless burglar alarms etc. Clearly the levels of electro-smog are on the increase.

Not surprisingly male infertility is also on the increase: over the last 50 years the sperm count of the average American male has dropped by 58%. Has anybody sat back and done some serious analysis of these two sets of statistics? Not that we know of. But interestingly Tim Ferriss, who is a bestselling author of several self-help books including the Four Hour Workweek, has clearly joined the dots on this issue.
He ran tests on his own sperm count and found it to be low. He then stopped using his cell phone for 3 months and guess what? Watch the video below to find out.

Tim Ferriss: “I struggled with whether to include this in my book – The 4-Hour Body – because of the whole myth that cell phones could kill you and this, that and the other thing. Most people associate it, as I did, with like your aunt Becky, who also likes crystals. And it is like ‘Oh, please, I am not going to put tin foil on my head to protect me from the aliens. I am not going to do it.’ But I was interviewing a very famous strength coach named Charles Poliquin and he had noted in one of the interviews that he’d associated low testosterone values with athletes who carried their cell phones in their pocket. So I asked him somewhat, not in a condescending manner, but I didn’t really believe it: ‘You have observed that A, B and C’ and he goes ‘Observed, what are you talking about? Look at the literature yourself.’

So he gave me a few pointers and I did look at the literature and when you separated out the studies that were directly or indirectly funded by the industry, the manufacturers, carriers and so forth, there was a very compelling case that very limited cell phone exposure, and when I say cell phone I mean cell phone GSM which is a 900 MHz cell phone, 1 hour could severely negatively affect sperm morphology meaning shape, motility meaning swimming direction – it doesn’t do you much good if they all don’t go one way – sperm counts etcetera, and that was 1 hour! Here in California something like 30%, I am sure that number is outdated already, at least 30% of males in California rely on their cell phones exclusively as phones. So, how long is that sitting is your pocket in a day, 10 hours, 12 hours? Personally, I was able to do a few things, among them turning off the cell phone and keeping it out of my pocket and also I identify the selenium deficiency which I fixed and which can have a significant effect, (he had his sperm count tested) and I doubled my sperm count in three months: that’s not trivial! 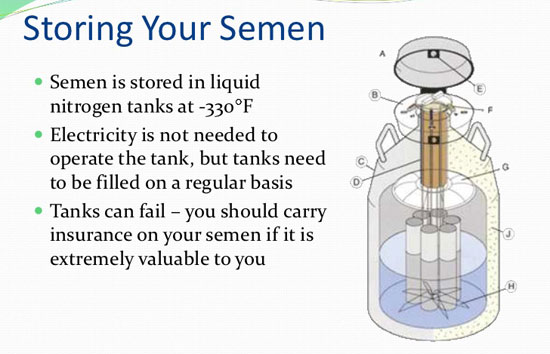 I have frozen my swimmies, as I call them, and the reason that I became interested in sperm counts specifically is because I had a few brushes with mortality. I had a very bad motorcycle accident, I also had a friend of mine die, sadly. I realized maybe it is a good idea to start storing sperm while they are still somewhat healthy. It is not going to get better with age certainly and I went in and it didn’t even occur to me there would be any issue. The lab results came back, as they always do, because they are checking the sample, and they were like, ‘This actually is not a good sample’. I said ‘What do you mean it is not a good sample?’
‘Well, your sperm count is not that great buddy, take a look.’

I was just flabbergasted and because tests are error prone – most tests can have errors so I never make a decision based on one test, I always repeat it – so I repeated this test over time and the sperm count just got lower and this freaked me out. I think with good reason, and that is why I became very interested in this and realized that even among healthy males in industrialized countries sperm counts are lowering by something like 1% a year and have been for the last 20 years. Therefore, I very strongly believe that in men, let’s just say who are 30 to 35 years right now and who aim to have kids in the next 5 years, I would say at least 20% are going to have difficulties conceiving. And that is a bare minimum, which I think is very conservative. It is scary.”

So be in no doubt cell phone radiation does affect male fertility.