What’s In Standard Fast Food and Chain Restaurants Menus: Seriously, Is It Safe to Eat?

With all the research since the late 1970s into what can make the human body sick, including the overwhelmingly outrageous additions of toxic agricultural and animal-husbandry-chemicals, food processing ingredients, and the fact most processed foods are made using fluoridated water, the conclusion came long ago: “You can’t poison a body into wellness”. 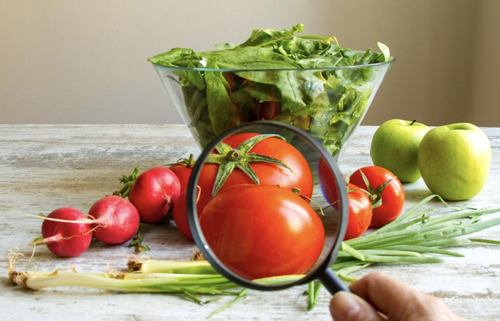 Over the years, the chemicalization of air, water and food has been skyrocketing! According to The Telegraph News, the number of toxic chemicals applied to vegetables has risen 17-fold since the 1960s.

The Telegraph article states: “Onions and leeks have seen the biggest rise in toxic chemicals applied to them with the number rising 17-fold, from 1.8 in 1966, to 32.6 in 2015, the data showed.

Minimally as a precaution you should minimise your exposure to pesticides. The only way to guarantee that, is by eating organically.

A long term study of Roundup in rats found that the lowest dosage, that was 75,000 times below the recommended dose of glyphosate, [a common crop weed killer] had anatomical level toxicity leading to fatty tissue liver disease.”

Is there any wonder as to why U.S. citizens are packing on the pounds like never before? The current obesity rate in the USA was confirmed, according to Wikipedia: “A second study from the National Center for Health Statistics at the CDC showed that 39.6% of US adults age 20 and older were obese as of 2015-2016 (37.9% for men and 41.1% for women).”

What are the statistics for NAFLD? “Fatty liver disease affects more than 25 percent of the U.S. population. Too much fat in the liver may cause inflammationand scarring that can predispose to cirrhosis, preventing this hardworking organ from doing its job.” – Wikipedia.

GMO Free USA’s report Eating Out: A Date with Glyphosate lists three contaminants, including glyphosate and AMPA, one of the primary degradation products of the herbicide glyphosate. AMPA has toxicity which is comparable to that of glyphosate and it is therefore considered to be of similar toxicological concern as (harmful in greater than 0.5 parts per billion) glyphosate itself.
In the graph below, included in the report, you can see the cumulative effect for the following restaurant types of foods that were tested: casual dining, pizza, and fast food/retail.

Many of us have seen what poor eating habits and patterns over a lifetime can do to humans, so we have to wonder when consumers will get it right about food… Most complain about the costs of organically-grown food, but have they checked out the costs of cancer treatment these days? Most cancer drugs launched between 2009 and 2014 were priced at more than $100,000 per patient for one year of treatment. How much of that does their insurance plan cover?

For those who want to get it right about food, here’s the “Dirty Dozen” and “Clean Fifteen” food lists prepared in 2019 by Environmental Working Group. (Every year since 2004, the EWG Guide ranks the pesticide contamination of 47 popular produce items based on the results of more than 40,900 samples taken by the USDA.)