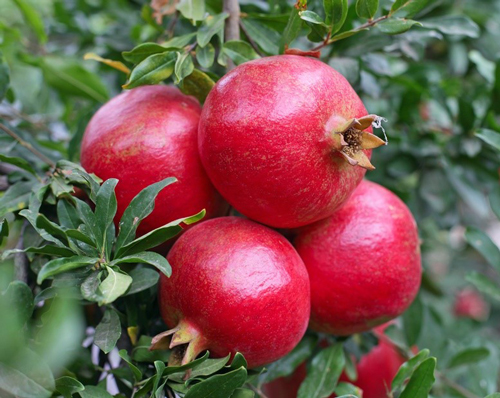 Millions die every year from cancer. Millions more from heart disease. A solid body of research indicates that consuming pomegranate may be the ideal way to protect yourself against the top two killers in the postmodern age.
Not only does pomegranate look and taste highly appealing, but if you perform a pubmed.gov search, you will most likely be simply in awe at the sheer volume of supportive literature on its diverse applications for health promotion and disease prevention.

While there are other foods with life-saving properties, such as garlic, lime juice, and of course the amazing spice turmeric, what intrigues most about pomegranate is how seldom it is recognized for its powerful, life-saving health properties; this, despite the fact that the research literature shows it has 100+ potential health applications. This situation is not accidental. The truth about pomegranate (and all natural cures for that matter) is controversial and highly politicized, with the health authorities going as far as filing complaints against pomegranate juice manufacturers for referencing its well-established health value.

Many natural treatments experts are fascinated by pomegranate’s striking resemblance to the human ovary and how it contains mammalian-type steroid hormones like estrone and testosterone normally found in the ovaries – an example of the “doctrine of signatures” which we recently covered in this article.

And yet, most of focus thus far has been on spreading the good news about pomegranate’s unique ability to reverse plaque build up in the arteries; a therapeutic property which could countermand the #1 cause of death in the developed world, namely, atherosclerosis related cardiovascular events such as heart attacks.

Pomegranate’s heart-saving properties are all the more amazing when you consider that we live in a world where millions are taking cholesterol-lowering statin drugs even though the cholesterol hypothesis of heart disease remains just that: a theory, and one increasingly refuted by the evidence itself. Ironically, statins have also been demonstrated to weaken the heart muscle, along with causing some 300+ documented adverse health effects. And yet, many of these very same people popping potentially deadly pharmaceuticals without thought, are still afraid to consume pomegranate juice because of its “high sugar content”.

Another thing about pomegranate is that it is also uniquely supported by a folkloric body of cross-culturally overlapping virtues, such as promoting fertility, prosperity, and longevity. Clearly, the science and ancient orally transmitted wisdom agree that this is a very special fruit.

If you want to see how many naturopaths have reached this apical point of appreciation for pomegranate, you can check out the studies gathered in this pomegranate database.

In this article, however, we will be focusing on an under appreciated benefit of pomegranate, namely, its powerful anti-cancer properties. Hopefully, through these efforts more people will come to appreciate that medicinal plants, fruit and vegetables can truly perform root cause resolution of disease, both by nourishing, stimulating natural detoxification methods, and perhaps more importantly, providing vectors of healing information. 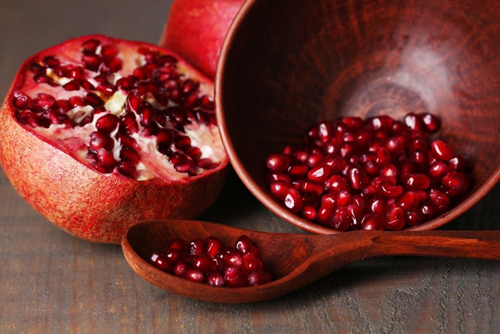 The best naturopaths focus heavily on identifying the true causes and cures for cancer, as well as the still widely underestimated problem of the medical industry’s routine misclassification, overdiagnosis and overtreatment of cancer; a problem, in fact, which was recognized by the National Cancer Institute’s own expert panel in 2013 to apply to two of the most commonly diagnosed forms of cancer in men (HGPIN “prostate cancer”) and women (DCIS “breast cancer”), and which has lead to incalculable and needless suffering in millions of men and women in the U.S. alone over the past 30 years.

The convenient side effect of the mass screening associated overdiagnosis and overtreatment of suspicious “growths” is that cancer has become a multi-billion dollar industry, despite the fact that cancer treatments have made very little progress over the past half century.
A huge piece of the puzzle as to why conventional treatment has been a monumental failure is revealed by so-called cancer stem cell hypothesis. Basically a small subpopulation of cancer cells called cancer stem cells are believed responsible for producing most primary and secondary tumors, as well as their resistance to conventional chemotherapy and radiation. In fact, these two “therapies” actually enrich cancer stem cells in the surviving post-treatment tissue, making their use not only obsolete but fundamentally unethical due to the iatrogenic harms they cause on top of the original disease.

Preliminary research has already shown that pomegranate can inhibit and/or destroy a range of cancers, including prostate cancer, breast cancer, colon cancer, and pancreatic cancer. But because the cancer stem cell hypothesis is relatively new, there are few studies that have been performed to assess the ability of natural compounds to kill cancer stem cells.

That said, an important study published in 2010 in Oncology Reports titled Pomegranate extract inhibits the proliferation and viability of MMTV-Wnt-1 mouse mammary cancer stem cells in vitro, revealed for the first time that several compounds within pomegranate have the ability to target and destroy the cancer stem cells within mammary cancer. This is a highly significant finding because it is something that conventional cancer treatments cannot do.

The study next moved to why foods like pomegranate may be the future of cancer treatment: “A promising source of novel chemopreventive and chemotherapeutic agents are fruits and vegetables, which are associated with a reduced risk of breast cancer. Phytochemicals derived from fruits and vegetables have a proven ability to inhibit cancer cell growth in vitro and prevent the formation of tumors in vivo and are well tolerated and safe, allowing for long-term dietary administration. However, since the cancer stem cell hypothesis has only recently been proposed, there are few studies on the effect of phytochemicals on cancer stem cells.

We hypothesized that phytochemicals inhibit the growth and viability of mammary cancer
stem cells. To test this hypothesis, in the present study we used a mammary cancer stem cell line, designated WA4, derived from tumors arising spontaneously in MMTV-Wnt-1 transgenic mice, as an in vitro model of cancer stem cells. Studies have suggested that mammary tumors arising in this model contain a proportion of tumor cells with cancer stem cell-like characteristics, and the ß-catenin pathway, which is activated by overexpression of Wnt-1, is important in governing self-renewal of cells, a hallmark of ‘stemness’. The majority of the cells in the WA4 cell line displays many cancer stem-cell like characteristics, as described in ‘Materials and Methods’.

We chose PE as our test agent. PE is a standardized extract of pomegranate that is commercially available as a dietary supplement and is certified ‘generally regarded as safe’ by the Food and Drug Administration. The extract is standardized by HPLC to contain no less than 70% total polyphenolic compounds, and the final polyphenolic composition is similar to that of the pomegranate fruit. Pomegranate juice and seed oil have previously been shown to inhibit the proliferation and metastasis of various differentiated human breast cancer cell lines in vitro. Pomegranate extracts have also been shown to inhibit the proliferation of other cancer cell types in vitro, including lung, prostate, colon and oral cancer. However, the current study is, to the best of our knowledge, the first to examine the effect of PE on cancer stem cells.” 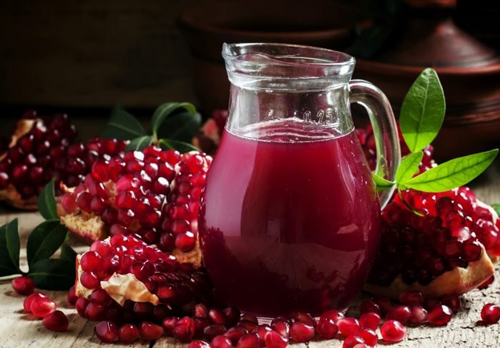 The study results were reported as follows: “In summary, the present study demonstrates that PE is a potent inhibitor of mammary cancer stem cells in vitro. This is the first study to examine the potential of a dietary extract to target cancer stem cells.”

While this was only a cell study, the results are encouraging, as noted by the authors: “The relatively low concentrations needed to inhibit mammary cancer stem cells in vitro and the demonstrated bioavailability of PE suggest that PE may be an effective inhibitor of mammary tumor growth in vivo, a possibility that is currently being tested in our laboratory.”

The most common criticism against preliminary research like this is that since it has not yet been proven safe and effective in human clinical trials it would be irresponsible, if not illegal, to use it to prevent, mitigate or treat any disease. This criticism, however, belies naivety as to how the biomedical research and publishing industries really work. The funding pay that needs to be scaled in order to perform the phase I, II, II, etc. human clinical trials required by the FDA to obtain drug approval is between 1-11 billion dollars high. Do we wait, for instance, for these studies to be performed, knowing full well that sufficient private and/or public capital will never materialize because natural substances do not produce market exclusivity nor a return on investment? In the meantime, tens of thousands die, annually, from the adverse effects of the highly toxic and ineffective conventional treatments.

As informed consumers and/or patients, who are fully aware that foods like pomegranate are not drugs i.e., they are not comprised of synthetically produced molecules, we know that foods like these have thousands of years of safe usage behind them. And so, we have every right to use our “food as medicine”. When you consider that heart disease and cancer are the #1 and #2 causes of death in the developed world, and that a simple fruit extract may profoundly reduce the risk of being seriously harmed, or dying from either, it would seem unethical not to use it, or not to advocate for its use vis-à-vis the potentially horrific side effects of the drugs being used for primary prevention and treatment of these conditions.

This is why pomegranate is one of the world’s most important healing fruit. Add to this the fact that it actually tastes good, and you have the perfect confluence of reasons to start incorporating it into your daily regimen.

The Ancient Science of Living from the Heart