Why Is The Co-Founder Of WhatsApp Telling Everyone To Delete Facebook?

In 2014, Facebook bought WhatsApp for an astonishing $16 billion. This of course made the founders of this hugely popular app, very wealthy men. While one, Jan Koum, continues to lead the company, the other, Brian Acton, quit in the beginning of 2018 to start his own foundation. However, he hasn’t just simply left WhatsApp. In a recent Twitter post, Acton told all of his followers to delete their Facebook accounts. 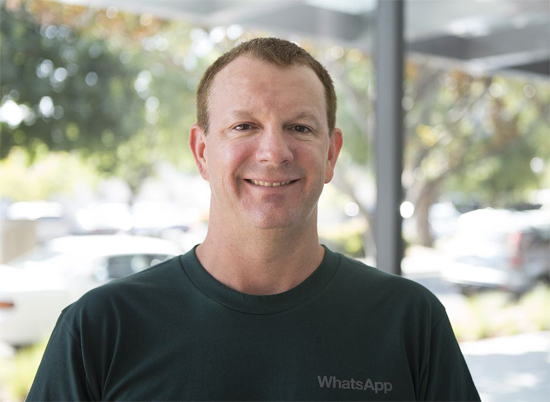 “It is time”, Acton wrote, with the hashtag #deletefacebook. He didn’t give any insights as to his reasoning for this advice, so he didn’t say if there’s some grudge, or if he thinks Facebook is something we should be wary about.

Facebook has essentially changed the way we act and affected society as a whole. It takes up so much of our time, and although it has given us the opportunity to connect with friends and family members from all around the world, many of us are feeling more disconnected than ever. Something about interacting with people from behind a computer or cell phone screen just isn’t cutting it, it causes many of us to feel alone and isolated. Not to mention, it is highly addictive. Scrolling through the news feed waiting for something to catch our interest so we can hit like with excitement and then keep on scrolling. Surely there is more to be excited about.

Acton is not the first former Facebook business partner to give us a warning about the potential risks associated with the most popular social media app in the world.
Chamath Palihapitiya, the vice-president for user growth at Facebook prior to leaving the company in 2011, said: “The short-term, dopamine-driven feedback loops that we created are destroying how society works. No civil discourse, no cooperation, misinformation, mistruth.
This is not about Russian ads, this is a global problem. It is eroding the core foundations of how people behave by and between each other.”

I don’t know if I really understood the consequences of what I was saying, because [of] the unintended consequences of a network when it grows to a billion or 2 billion people and … it literally changes your relationship with society, with each other … It probably interferes with productivity in weird ways. God only knows what it’s doing to our children’s brains.”

Could anyone have understood the implications of what something this massive could have brought to our society as a whole? He’s right, Facebook has taken over aspects of our lives in many ways.
“The thought process that went into building these applications, Facebook being the first of them… was all about: ‘How do we consume as much of your time and conscious attention as possible’?”

Either Parker is simply a disgruntled ex-employee trying to seek revenge on the corporate giant, or he is legitimately concerned of what Facebook has become and the potential implications of what that might mean for our society in the future.

Maybe we should. Imagine all the free time we would get back! For so many people likes and comments is the first thing they do when they wake up in the morning and the last thing they do before they go to bed at night. Just be aware, especially if you catch yourself with any amount of time to spare, 30 seconds, 10 minutes, or a couple of hours, it’s so easy to instantly grab your phone and begin “the scroll”.

Be aware of the addiction, and then break it. If you need to take a break from all social media from time to time so that you remember what life was like before we were constantly glued to our small screens, our medium screens and our larger screens, then do it. Sometimes it’s easy to forget that we are in control of our lives; it’s time to take back the power!

A good question to ask is what did we do before Facebook… well we can still do that!

You are all creative beings because God, who created you, is creative