YouTube Invests $25M to ‘Remove Conspiracy Theories’ from its Platform 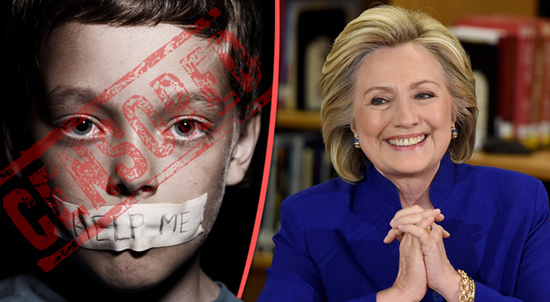 YouTube has often been criticized for allowing “conspiracy theories,ˮ which now fall under the banner of “fake news,ˮ to flourish.

In a blog post from this month, the company announced that it plans to change how it works to “make authoritative sources readily accessible”. The video-hosting service, along with Facebook, has been accused of helping to “trickˮ its users into voting for Donald Trump during the 2016 US election by supporting conservative content on the platform.

Like Facebook, YouTube is now responding by filtering out “bad contentˮ and will promote videos from vetted mainstream sources on its Top News and Breaking News sections “to make it easier to find quality news”.

Unvetted users and organizations can expect to see a reduction in exposure as the new changes begin to roll out over the coming weeks and months. Social media giant Facebook recently announced that it will use the George Soros-funded “Atlantic Council’s Digital Research Unit Monitoring Missions during elections and other highly sensitive momentsˮ to ensure no meddling takes place in elections.

Mark Zuckerberg’s “socialˮ network is hoping to rid their News Feed of pro-Trump posts ahead of major elections in the US and around the world. The world’s largest social media company wants to cull pages, groups, and individuals who post content showing support for Donald Trump to prevent users being “trickedˮ into voting for him again in the next US Presidential Elections.

Youtube has been accused of promoting pro Trump conspiracy theories on its platform. “We believe quality journalism requires sustainable revenue streams and that we have a responsibility to support innovation in products and funding for news,” the company’s chief product officer and chief business officer, Neal Mohan and Robert Kyncl respectively, said in a statement.

The statement continued: “Today, we’re announcing steps we’re taking with the Google News Initiative to support the future of news in online video, and product features we’ve been working on to improve the news experience on YouTube.”

Fox News reports: “The platform, which has over 1.8 billion monthly active users, has been criticized for not cracking down enough on rumors and conspiracy theories that bubble up during major breaking news events.

For example, within days of the Las Vegas massacre in October of last year, search results on YouTube revealed that the incident may have been a false flag staged by the government to control the spread of guns.

This year, the platform was forced to apologize when a video that reached the top of its Trending section questioned whether Parkland school shooting victim David Hogg was a crisis actor.ˮ

Youtube will promote ‘trustworthy’ news from mainstream organizations as Fox News previously reported, the video-sharing platform does link to Wikipedia entries now in some of its videos as a way to tamp down the spread of conspiracies and outright lies.

Its executives acknowledged there’s still a long way to go. “We know there is a lot of work to do, but we’re eager to provide a better experience to users who come to YouTube every day to learn more about what is happening in the world from a diversity of sources,ˮ the blog post adds.

According to the post, in the coming weeks in the U.S. the platform will be providing preview links of news stories on YouTube, linking out to complete articles, during breaking news events, along with reminders that breaking and developing news can shift very quickly.