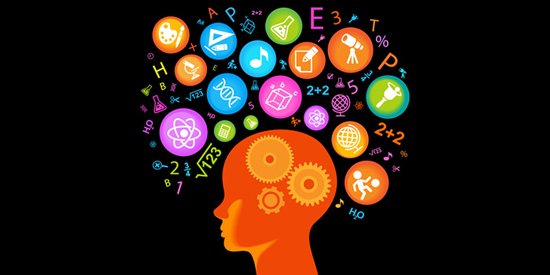 Have you ever laid in bed trying to sleep while a constant stream of thoughts flow through your mind? Do you perpetually think random thoughts throughout the day?

According to the Law of Occult Resonance, you will receive whatever is predominantly on your mind. If your mind is producing chaotic, non-random thoughts, then this is what you will attract in your life.
Even in the dream world, your predominate thoughts and worries will be reflected.

We have been indoctrinated into a society that places ego and materialism above everything else, so many people will end up thinking about these things and how they are being perceived by others. Our self perception has been hijacked by the mainstream media, who portrays fictitious characters leading the make-believe lives which many people feel they should be living.
It is estimated that approximately 75% of the population are extroverts and virtually all television programming is geared to reinforce the “all-about-me” persona while deterring people to look within for answers, which is they key trait of an introvert.

By allowing the mainstream media to influence our thoughts and perceptions, we are creating irrational thought processes based on completely fictitious ideas, premises and images.

This is why you will never feel good after watching the nightly news, which is mainly fear-based propaganda designed to keep you living in lower vibrational thought patterns.

Even if you don’t watch the news but still watch your favorite TV programs, the television commercials are equally as bad by showing you groups of extroverts leading the fictitious life the mainstream media is trying to sell you. Of course, these actors are mostly above average looking which is telling you on a subconscious level: “If I buy this product, then I am beautiful and will have a large group of beautiful friends.”

What these commercials are telling you is that you are not good enough the way you are while reinforcing the overactive mind to understand the differences that never truly existed.

Time is money, money is time

We have all heard the expression “Time is money”. This is why every word needs to be precisely written and every second is accountable in any given television program. On a subconscious level, we accept this premise as reality, creating additional cognitive dissonance. We end up feeling as if every second needs to be accountable and we make up excuses for not finding the “time” to connect with nature or to meditate.

The precept of time is equally as fictitious as the lies they’re selling on TV, yet we all buy into “time” and “money”. What is not being portrayed by the mainstream media are the mundane moments that we all experience.

Much of what the overactive mind is doing is filtering the rational and irrational thoughts, which creates cognitive dissonance. In other words, you may be subconsciously persuaded to believe in these fictitious stereotypes portrayed on TV, newspapers, magazines, etc… while another part of your subconscious mind is telling you the exact opposite. Your active mind plays out all of these scenarios and your thought processes dictate the internal chaos that will continue to be reinforced as thoughts create reality through the Law of Occult Resonance.

The mainstream media also refuses to show the importance of connecting to nature. While you will see various nature-related programs, the connection to body, mind, spirit and soul through nature is rarely, if ever, emphasized.

Sometimes, a social anxiety disorder is the cause of an overactive mind. In this scenario, a person may feel as if he or she is constantly being judged by others. If you are one of these people, then be assured that when someone judges someone else, they are generally insecure about that of which they are judging you. In other words, they are detracting attention away from themselves and are projecting it upon you. This is their issue, not yours! The best way to handle this is to envision yourself as a mirror that deflects all negative thought patterns from other people and reflects it right back at them. By doing this, you are no longer absorbing the insecurities that they are projecting.

12 Ways To Calm The Overactive Mind

The following are 12 ways to calm the overactive mind. 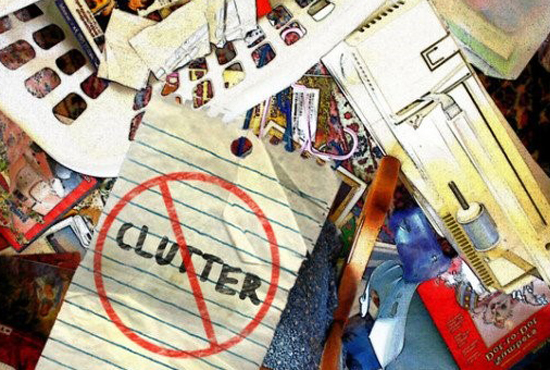 The easiest way is to eliminate the clutter. What are the themes to your overactive thoughts? Many of these thoughts are related to money issues and our economic subservience to the system of control. Perhaps it’s time for a change in jobs or to find a job that you truly love to do? The easiest way to determine this is to ask yourself: “If there was no such thing as money, then what would I be doing with my life?”

After having fun or traveling, you would eventually do something you love to do. At this point, try to find ways of doing this, even if it means working a job that you hate while doing this new activity on the side. The worst case scenario is that you spent time doing something you love to do and helped to eliminate the clutter from the overactive mind. The best case scenario is that you will find ways to make an income from it and will be able to quit your present job. 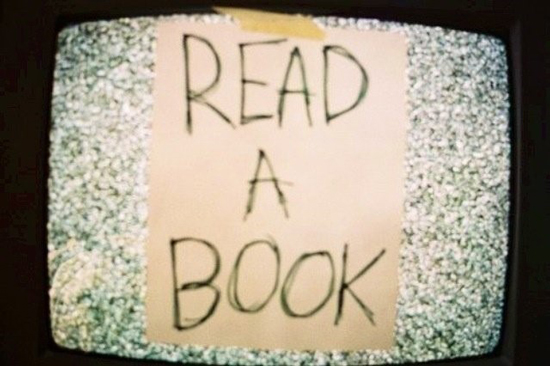 The television is the biggest form of mind control and plays a large part on what we think and how we perceive life. In the United States, the entire mainstream media (TV, radio, newspapers, magazines, text books etc) is owned by 6 corporations, all of which have Zionist connections. Is it remotely possible that there is an agenda behind their “programming”? Ask yourself this: During World War II, Precott Bush was arrested for funding both sides of the war, yet we never learned this in school. Why? Do you think his son, George H.W. or grandson, George W. would have been elected president if we were taught this in school?

Your entire thought process of who you are, what you should wear, what you listen to, what you eat or drink etc, is being manipulated through the mainstream media. Your overactive mind will continue to process, judge, compare and contrast that which you are being sold as “reality” to what is actually real. If you continue to watch TV, then you will continue to buy into a false sense of reality which, in turn, will reinforce your current thought processes and inability to fall asleep peaceably at night. Even when you fall asleep, your dreams will be affected by that of which predominates your thought patterns. Once you learn how to declutter your mind, you will find that your dreams are no longer fear based and at times, will be prophetic. 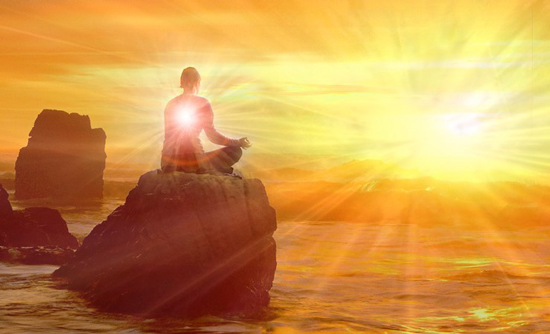 One of the biggest excuses that people will give as to why they do not meditate is they don’t have the time.
According the the US Bureau of Labor Statistics, “Watching TV was the leisure activity that occupied the most time (2.8 hours per day), accounting for about half of leisure time, on average, for those age 15 and over. Socializing, such as visiting with friends or attending or hosting social events, was the next most common leisure activity, accounting for nearly three-quarters of an hour per day.”

Another excuse of why people don’t meditate is that they have an overactive mind and have difficulty clearing their predominant thoughts.
There are many different styles of meditation, so one should experiment with as many as possible and either find a method that is conducive to eliminating the clutter or to create one where they are able to find that “inner peace”.

One of the meditation techniques recommended to those with an overactive mind is called an Open Eye Meditation, where you place two objects approximately six feet away from you and each other. While trying to focus on these objects, your mind will not be able to process any other thoughts. Try this technique for more than 5 minutes, as many people will easily give up too quickly. 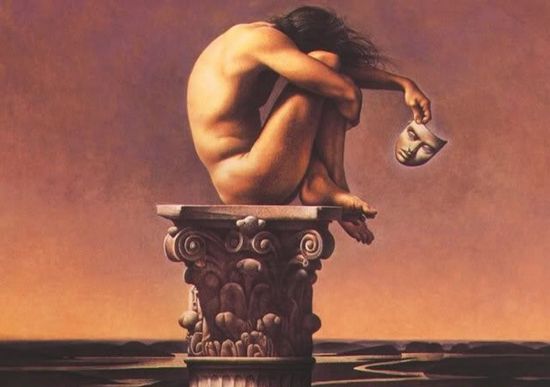 Many people will live their entire lives never knowing who they truly are while pretending to be what society expects them to be. Once again, these irrational thoughts are reinforced by the mainstream media. Ultimately, we are spiritual beings having a human experience and our bodies are just shells for our souls. Once you begin to accept this concept, you will then begin to realize how we are all connected.

5. Your body is your temple 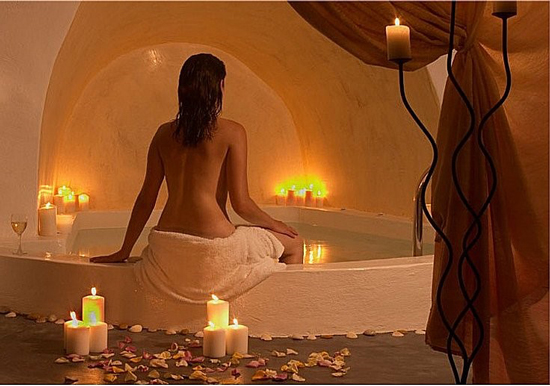 Diets that are high in sugar and caffeine content may affect your thought processes. Fluoridated water has been proven to calcify the pineal gland (your third eye). GMO’s have been proven to cause tumors in laboratory testing of rats. Alcohol will generally magnify any issues you are thinking about, so try to avoid alcohol consumption. Avoid stimulants.
Be conscious about what you are eating and drinking because these all play into your vibratory level and will in turn, affect how you think or what you’re thinking about.

Most importantly, listen to your body. If you are experiencing heartburn, then eat more high alkaline foods instead of taking an antacid. On your day off, if you are tired, take a nap no matter what time of the day it is. Your body will always tell you when it is out of synch, so listen to it!