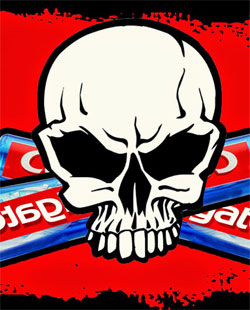 Colgate toothpastes are the most popular toothpastes around the world, so you probably belong to the group of people who use it every day.

However, a study discovered it to possess a dangerous substance, Triclosan, which can be the reason for cancer development and appearance of other ailments.

A recent study published in the journal Chemical Research in Toxicology found that the chemical encourages cancer-cell growth. Various studies over the past few years have clearly outlined the health dangers associated with this chemical.

Triclosan can also pass through the skin and interfere with hormone function (endocrine disruption). It doesn’t stop there, a study published in the journal Environmental Health Perspectives from 2008 shows how scientists detected triclosan in the urine of nearly 75 percent of those tested (2,517 people age six or older).

Triclosan is a common component of laundry detergents, deodorants, hand sanitizers and antiseptics, among several other common products.

The magazine Chemical Research in Toxicology published another study which explained that this chemical can cause cancer if used in high amounts.

This harmful ingredient penetrates through our skin and enters in the blood causing a hormone imbalance.

However, despite all proofs and researches, Colgate still ensures us that their products are safe. So far, Canada is the only country in the world that decided to put a ban to Triclosan.

On the other hand, our governments remain silent about the side effects caused by this harmful ingredient, and will probably put a ban on it only after some serious problems occur, which was the case with asbestos, PCB and DT.

All in all, we are left alone to decide and take care of our well- being, and restrict influences that can harm our health.