Aphorisms and thoughts about justice 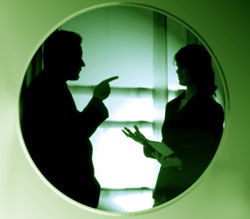 1. Real justice implies to give everyone what they deserve, after you have previously discovered the Truth.

2. When you are about to judge and especially when you aspire to deliberate on your incriminated neighbor, it is best that you first imagine yourself, even for a few minutes, in the place of your fellow creature, aiming shortly afterwards to imagine him in your shoes. Acting this way, your point of view on the incriminated one will considerably transform and enrich.

3. There is no justice superior to the Truth.

4. Real justice is the Divine Truth in action.

5. The real godlike justice is something that needs to be and should always remain as close as possible to compassion.

6. Even when we do not realize it, justice is the gold fund of any human society.

7. Justice is sometimes a tacit contract between people, regardless the place and the age they live in, and it implies that we never do others an injustice and we suffer no injury from them.

8. Justice is and remains an essential virtue which is entailed in order to maintain the human society in perfect harmony.

9. In the name of justice we spontaneously experience the vivid fear of not being deprived of what actually belongs to us.

10. Justice always and without exception implies reciprocity. In order to easily and practically find norm and measure, it is enough to switch places even for five minutes.

11. Real justice settles and respects the right of the weak and helpless.

12. Justice is the sui-generis bread of which people had often been deprived of.

13. Real justice implies both a strong idea and a warm soul.

14. Justice should not be the fertile mother of injustices, nor the most stubborn one. 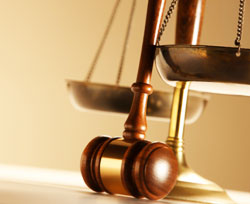 15. “I have travelled under the Sun and I have often seen ill deeds at venues and injustice in the place of justice.” Septua Ginta, Bible quote.

16. Beware to never make the mistake of judging people on the outside.

17. We need to get used to judge, when necessary and if possible, both people as well as the situations from a beneficial, fertile and favorable perspective, no matter what.

18. When you truly aim to know as deeply as possible another human being, look at it with the candid eyes of a child, because a child spontaneously knows to look at and mirror another person as a true judge, without addiction and hatred.

19. It is worth to remember that only God will judge us after we die for all our deeds, even if here on Earth we abide by men’s judgment almost all the time.

20. It is good to remember, if possible, to never judge anyone and anything on the outside.

21. Let us reflect what the human societies without justice are in reality if not some disguised banditry.

22. In a corrupted political regime justice is dead.

24. A justice who is subordinated to politics becomes a poisonous spring of injustice, malice and suffering shortly afterwards.

25. All those who want to judge in a right way have to first listen, in a careful and lucid way, to the accused one.

26. A hasty judge is almost always dangerous, for that he might give unjust decisions.

27. Wise and admired will be the judge who listens carefully, analyses everything properly and then, in the end, gives a fair sentence.

28. The real actions are always the ones defining and, at the same time, judging the man. All human beings can always be properly judged according to their actions. 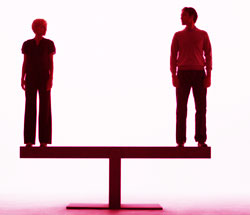 29. Just as it is not possible to judge a tree on its bark without being mistaken, the same way we should never judge on the appearances.

30. Always judge the others exactly as you wish to be judged yourself if, eventually, you would be in a similar situation with the one which is now incriminated.

31. A cruel and heartless justice, entirely separated from compassion, is the most horrible thing in this world.

33. There are some bizarre situations in which, after having received an impulse from a mischievous human being, what seems to be justice is set into motion just like a machinery and continues to run on its own, crushing the innocent one under its merciless wheel.

34. The real justice should be the living Truth in action.

35. In many situations the love of justice is nothing else but the fear of not suffering injuries.

From The Spiritual Program o The International Yoga Symposium – Herculane 2010