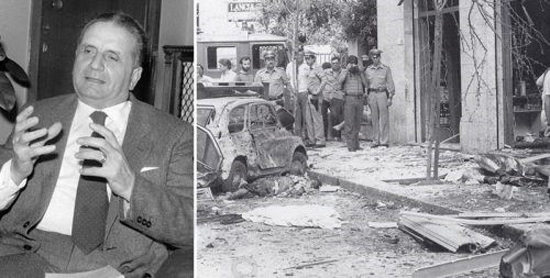 There is a thread that binds all great crimes. A single political project.” – Judge Rocco Chinnici, Head of Education of the Court of Palermo

During the massacre at Pipitone, Palermo, on July 29, 1983, 35 people were torn apart by a car bomb, among who, the investigating judge Rocco Chinnici – the founder of the Anti-Mafia Pool, with Giovanni Falcone and Paolo Borsellino, and the men of his escort. In their memory I wish to follow that thread on the great crimes of history, not only Italian, and try to unravel the tangle of that old political project that has a dark occult principle responsive to the Freemasonry name. It should certainly be given that not all Masons are accomplices of the killings but by virtue of brotherhood, or collude with the principals to protect the reputation, or have naively incredulous before the responsibilities of the loggia of friends. It must be stressed that the criminal operations of the Masons is expressed through secret lodges, blankets and elite.

For brevity I will necessarily leave out many historical steps. Here I will mention the crimes and their connections with those prominent masters of Freemasonry that not only were accomplices of the mafia and used it, but even invented it! For now we’ll just talk about the murders of Chinnici, US President Abraham Lincoln and Archduke Franz Ferdinand of Austria, and the International Masonic conspiracies until the First World War.

The Birth of Mazzini Mafia

Leonardo Sciascia, Sicilian poet and writer, wrote: “The most complete and essential definition that you can give the Mafia, we believe it is this: the Mafia is a criminal organization, with the purpose of illicit enrichment for its members, which imposes as parasitic brokerage, and sets by means of violence, including the property and work, between production and consumption, between the citizen and the State”. (Salvatore Shoemaker, History of the Mafia, Small Basic library, Phoenix 2000).

In a study published in 1972, Illustrated History, Salvatore Shoemaker carefully reconstructs the origin of the term Mafia. He also picks up the theory on the introduction of the word in the island of Sicily, brought back to the unification of the Kingdom of Italy, expressed by Charles Heckethorn in Secret Societies of All Ages and Countries (London, G. Redway, 1897), which focuses on Mazzini’s secret mission to Sicily. “MAFIA” was born in 1860, the year before the unification of Italy, according to this theory, and then it was picked up by the economist and sociologist Giuseppe Palomba, who says the term is merely an abbreviation of the words “Mazzini Autorizza Furti Incendi Avvelenamenti” (“Mazzini Authorizes Thefts Fires Poisonings).” 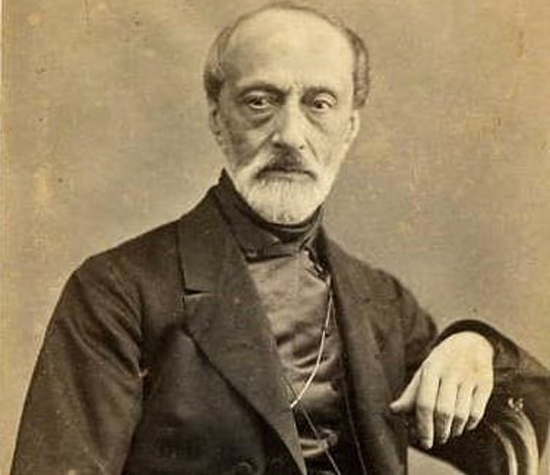 Of all the hypotheses on the etymology of this word, that one seems the most appropriate to the context of that time, as is also today. Just rereading the insurrectionary acts of Mazzini, which look like those of George Soros today in Orange Revolutions, you can understand the emergence in the history of Italy, the Kingdom of Sardinia, to the Republic, of the conspirator spirit and criminal nature of Freemasonry. Suffice it to say that this “revolutionary” Mazzini, who won the 33 Masonic degree (the highest) right from the Supreme Palermo Council of the Scottish Rite, was nevertheless sentenced by two Courts to death, and then pardoned, as was Albert Pike, and also was arrested four times, but could afford to live comfortably thanks to close friendships with English Masons.

He lived just as a Mafia boss, in Pisa, in the house of Pellegrino Rosselli. His wife’s uncle was Ernest Nathan, the Anglo-Italian Grand Master of the Grand Orient Lodge from 1896 to 1904 and from 1917 to 1919, and elected Mayor of Rome in 1907.

The Motive of the Murder of Judge Rocco Chinnici 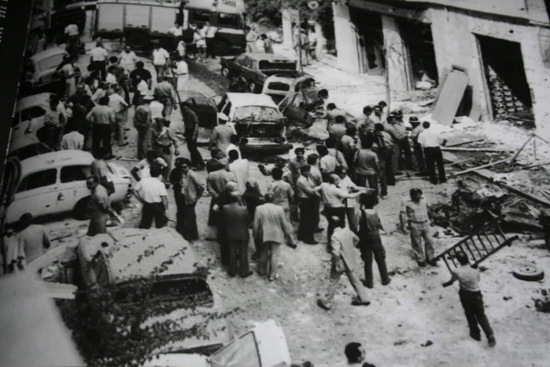 On July 29, 1983, a padded Fiat127 car exploded in via Federico Pipitone, Palermo. It was the first time that Mafia was setting a car bomb against a magistrate.

“Picking up the thread of our discourse… Before turning to the mafia of the period from the unification of the Kingdom of Italy in the First World War and the advent of fascism, we must briefly, but necessarily precede it as an association under the name before unification, he had never existed in Sicily”, so declared their Rocco Chinnici confirming the reconstruction made by the same Sciascia of which was certainly aware of the writings.

“The Mafia”, judge Rocco Chinnici said in an interview, “was always about reaction, conservation, defense and accumulation of wealth. First it was the feud to defend, now they are the largest public procurers, running most opulent markets, smuggling, travelling the world and administering thousands of billions. The Mafia has therefore a tragic, mad, cruel vocation to wealth. The same Mafia is a way of doing politics through violence, is fatal, looking for a complicity, a match, an alliance with pure politics, ie practically with power. If she wants me to ask how this complicity is concrete, with what men of power, with such forms of criminal alliance, I cannot go into detail. It would like to report the intention or the direction of the investigation.”

It would be a long list of political bosses, and it finally ended up in the crosshairs of the magistrate. We just remember that Michele Greco, nicknamed “the Pope”, the one who detonated the car bomb in the massacre of Pipitone, although condemned for generic crimes of association with the Mafia, was acquitted after seven trials (following an investigation into alleged corruption of judges, they vanished into thin air). Greco, a feared Mafia leader, is said to have killed more than 300 people, including children, taking a sadistic pleasure in savagely torturing and slaughtering random persons with apparently no reason. As he was already acquitted by a superior court, he could not be retried during the decisive legal proceedings in which the Court of Appeal of Caltanissetta, on June 25, 2002, stated the judgment of the Court of Assizes (with minor variations): “Confirmation of the life sentences for Salvatore Riina, Bernardo Provenzano, Raffaele Ganci, Antonino Madonia, Salvatore Buscemi, Anthony Geraci, Giuseppe Calo, Francesco Madonia, Salvatore and Giuseppe Montalto, Stephen Hooks and Vincenzo Galatolo. Acquitted Motisi Matthew and Joseph Farinella”. (The last two were convicted for life imprisonment in the court of first instance.) The verdict was confirmed by the Supreme Court a year later.

The French Revolution Hatched by Illuminati 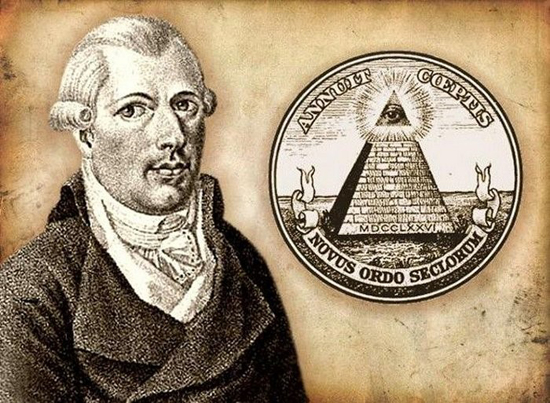 A courier of the Illuminati named Johann Jakob Lanz, a former Catholic priest, was killed by a lightning in Nerl 1785 while going through on horseback the city of Regensburg. By examining the contents of his saddle bag, the police discovered the existence of the Order of the Illuminati, and detailed plans for the upcoming French Revolution. The Bavarian authorities alerted the French Government on the impending disaster, but the latter disregarded the warning.
The Bavarian police arrested all members of the Order of the Illuminati whom they managed to find, but Weishaupt and other followers succeeded to hide and evade arrest.

Who are the Illuminati? In 1977, the banker Jew Mayer Amschel Rothschild (1744-1812) brought together twelve of his most influential friends and convinced them of the fact that if they joined their resources, they would dominate the world.
This meeting took place in Frankfurt, Germany. Rothschild also informed his friends that he had found the perfect candidate, an individual with an incredible intellect and great ingenuity, to guide the organization: this man was Adam Weishaupt (1748-1830). On May 1, 1776 the same Weishaupt (code named Spartacus) founded the secret society called the Order of the Illuminati. Weishaupt was a professor of Canon Law at the University of Ingolstadt in Bavaria.