Mental health related deaths have skyrocketed over 50% in last 3 years – what’s behind the surge? 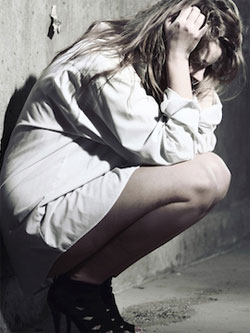 A shocking figure out of England shows that unexpected deaths among mental health patients have soared by nearly 50 percent in just three years. The term “unexpected deaths” can refer to suicide, misadventure or neglect.

Luciana Berger, the country’s former shadow health minister, said she was “ashamed” to live in a country that allowed this to happen. From 2012-2013, 2,067 unexpected deaths were reported by the 33 mental health trusts that provided data; that figure had climbed to 3,160 by 2015-2016.

While serious funding cuts for mental health services over the past four years are shouldering some of the blame, this epidemic is also being seen in other countries, including the US. Psychiatry Professor David Healy points out that the common antidepressants known as SSRIs (selective serotonin reuptake inhibitors) are responsible for a sobering 4,000 additional suicides every year in America and Europe, about 250 of which are in the UK. In fact, he believes that a quarter of patients who take SSRIs end up feeling more anxious than they did before.

A review published in the British Medical Journal showed antidepressants led to a higher risk of suicide and aggressive behaviors in all age groups, particularly those under the age of 18, who had double the risk of suicide ! It is also no coincidence that many of the perpetrators of high-profile mass shootings were taking these drugs when they carried out their deadly attacks.

Compounding the issue is the fact that some doctors seem to hand out these pills like candy, with an estimated 41 million Americans taking at least one type of antidepressant. The global market for these drugs will exceed $13 billion by the year 2018, according to estimates.

It makes no sense whatsoever that doctors, many of whom presumably enter their field out of a desire to help people, could continue to prescribe these dangerous medications. Unfortunately, the pharmaceutical companies that make these drugs go out of their way to skew research in their favor and cover up their ill effects.

It is unfortunate that people who are struggling with legitimate mental health problems like depression are not being given safe and effective treatments. Depression can be debilitating and it requires more than just a good cheering-up by well-meaning friends. However, a number of natural remedies have been effective for some people with depression, and this is a far better starting point than drugs that chemically alter the brain. 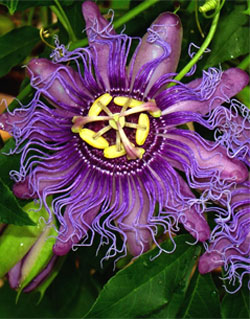 Some people turn to natural treatments (medicinal plants) for mental health, such as passionflower. A few drops of this herbal remedy can help take the edge off anxiety and insomnia, and it is known to work quickly, while skullcap is a natural tranquilizer. Ginseng can reduce mental stress and has been shown in studies to be helpful in treating depression as well as dementia.

Another area that scientists are exploring is the connection between the immune system and mental health disorders. A slew of studies point to a close link between mental illness and physical illness, particularly when it comes to the immune system. For example, Emory University Psychiatry Professor Andrew Miller said that studies show an overactive immune system can impact the brain. In fact, people who have more inflammation have a higher likelihood of having depression than people with healthy immune systems. New treatments for depression that target the immune system could be on the horizon. In the meantime, a healthy diet can work wonders for boosting immunity.

Other approaches have also been shown to help with depression. Mindfulness meditation, forest bathing, exercise and yoga have all helped people manage their depression without causing any dangerous side effects or making them more likely to kill themselves (as the prescription pills do).