“Your adversary the devil, as a roaring lion, walketh about, seeking whom he may devour.” (1. Peter 5:8)

Some say the Danes are the most decadent and amoral people in Europe as it will be shown below – a bitter consequence of their defeat to Bismarck’s Germany in 1864, where they lost not only Slesvig, but also their self respect, their self confidence and faith in God. The latter aspect was strongly promoted by the Jewish atheist and blasphemer, Georg Brandes, with a diabolical influence on intelligentsia not only in Denmark, but all over Europe. The death blow was given by the Communist Jewish Frankfurt School and its “sex revolution”. 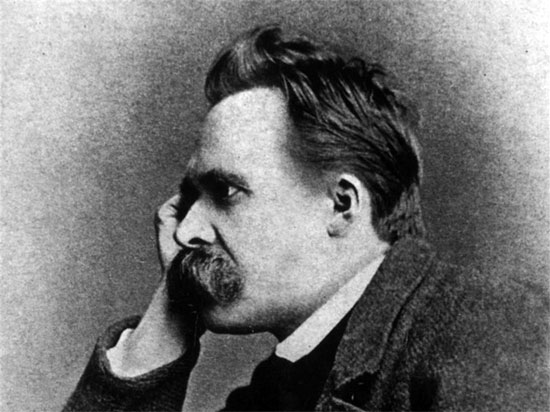 Brandes was the first to lecture on Hitler’s source of inspiration, Friedrich Nietzsche, and his authoritarian superman, Zarathustra, who is thirsting for wickedness. Like Nietzsche, he claimed to be a genius and Lucifer – “the Angel of Light, about whom the evil rumor has been spread that he is fallen!”.
His motto was “God is dead”!
But why that development?

There have been many articles written about the Protocols of the Learned Elders of Zion and how their strategy has succeeded in making mankind obsessed with Satan, and about US Freemasonry being the tool with which the Rotschilds of the London City are making chaos out of the old world order in favor of their Communist New World Order dictatorship.

Henry Makow (Canadian author), wrote on March 1, 2016: “If you wish to escape the ravages of modern life, understand mankind is satanically possessed.
We have been inducted into the lowest ranks of a satanic cult based on Jewish Cabalism, the Illuminati (Freemasonry).” 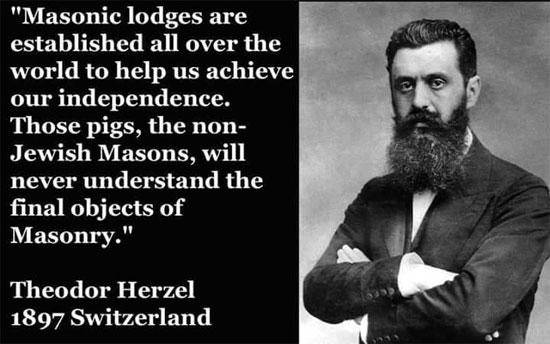 Essentially Cabalism is about turning the natural and moral order upside down (i.e. “revolution”) so that evil is good, lies are truth, sick is healthy and unnatural is natural. The goal is to replace God (the Creator’s Design) with Lucifer who represents the interests and perversions of Cabalists. As you can imagine, this is insane.

Increasingly Western society is an open air mental asylum run by psychopaths. If you take your cues from society, (education, mass media) you will become dysfunctional or insane. This is how a satanic cult controls and exploits its members – by making them sick (while convincing them they are healthy).

For example, what is healthy and natural (e.g. marriage, family, heterosexuality) is presented as unhealthy while what is sick (e.g. homosexuality) is taught to school children as natural and healthy. Sexual promiscuity is presented as “liberation”. Hollywood has warped our perception of sex and love from the beginning.
The Illuminist denial of God is a rebellion that ultimately cannot be won. 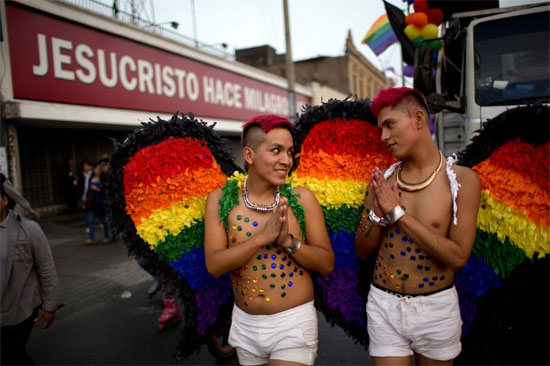 The satanic influence against us is the product of a highly organized long-term conspiracy to establish a New World Order. “Revolution” is really about turning reality on its head.

Today, the cancer has spread to all social institutions, public and private, including schools, charities and the church. As a result, humanity has fallen into a coma, hardly able to recognize the sickness, let alone resist.

The mainspring of this diabolical conspiracy are the Cabalist (Illuminati) dynastic families who own the world’s central banks. Their control of most large corporations, especially media, and consequently politicians ensures that their cancer is all pervasive. 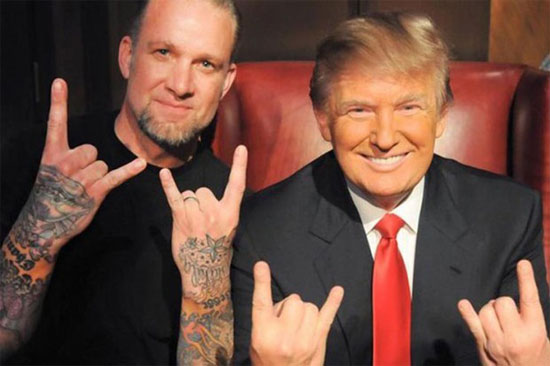 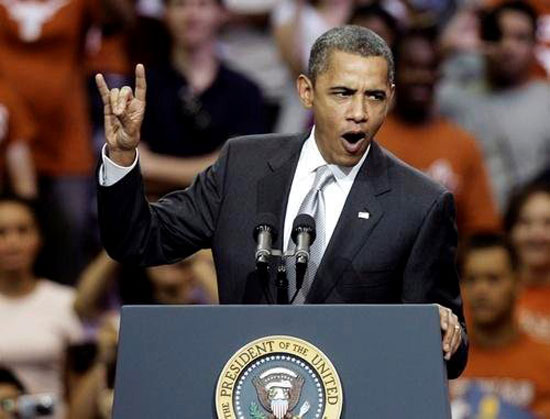 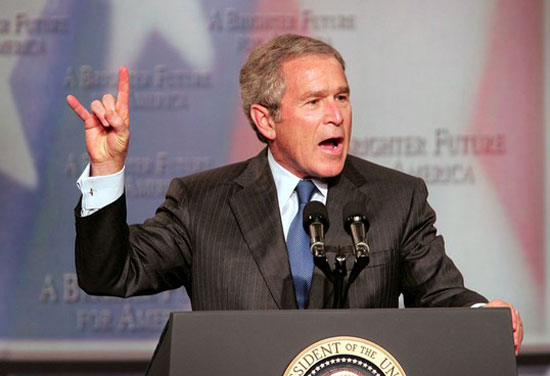 The instrument of this secret control is Freemasonry, a Cabalist secret society. (The Illuminati is a secret society within Freemasonry). Essentially people will rise in Freemasonry and society according to their willingness to serve Lucifer, and betray their community to the new Luciferian dispensation.

Democracy is a charade. All the politicians are Freemasons: Trump, Sanders, Clinton etc. They divide into a House League, with certain Masons taking the Right, and other Masons taking the Left. The people are polarized, distracted and deceived. No one sees the puppet master. Nothing fundamental ever changes.

Left vs. Right are two apparently opposing forces advancing the same goal, a thinly veiled world police state ruled by Satanist billionaires.
The same applies to the international stage: Islamists vs. Zionists: both Masons.
Nothing illustrates this plight better than 9/11. Essentially the Illuminati bankers through their Masonic proxies murdered over 3,000 Americans in broad daylight and got away with it.

This mass trauma brainwashing was designed to justify foreign wars and a domestic police state. It could not have succeeded without the collaboration of the mass media and virtually the whole political elite, who are an occupying power, a colonial administration.

The Cult We Call Society

The following examples are evidence of Cabalist satanic possession:

1. The exaggerated place of sex in our culture is unnatural and unhealthy.

3. Feminism’s hidden agenda is for women to have careers instead of marriage and children. Only Satanists would pit men against women, and undermine the love of husband and wife, and mother and child.

4. Gender bending – the relentless media promotion of masculinity for females and femininity for males is evil. “Gay rights” is a disguise for a vicious attack on heterosexual identity and values, based on marriage and family. The aim is to replace heterosexual norms with homosexual norms.

5. Incessant wars have no purpose other than to increase the wealth and power of the Illuminati and undermine nation states. All wars are contrived by the Illuminati to kill off natural leaders and demoralize, degrade and destroy humanity. Ironically, they are used as an excuse for Illuminati “world government”.

6. Naturalism. Erasing the line between spirit and matter by pretending man’s Godly spirit doesn’t exist. Characterizing people strictly in terms of physical lusts and needs with a reductive focus on defining ourselves in terms of carnal desire and bodily functions.

7. The dumbing down of the public through sports, entertainment and a defective education system. The espousal of collectivist over individualistic values. Modern art, including painting, film and music, border on fraud. 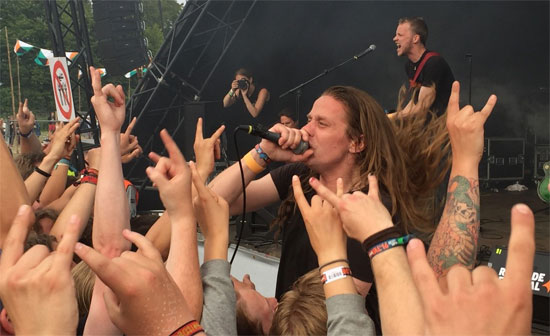 8. The pervasive idea that Truth is relative and cannot be known. God is Truth. Knowing and obeying God is the essence of religion.
The attempt to marginalize scientists who affirm an universal intelligence is at work in nature. The general effort to make scientific results conform to “political correctness” i.e. Satanic coercion.

10. Multiculturalism, migration and diversity are underhanded attacks on the European heterosexual Christian heritage of the West.
The point is mankind is satanically influenced. 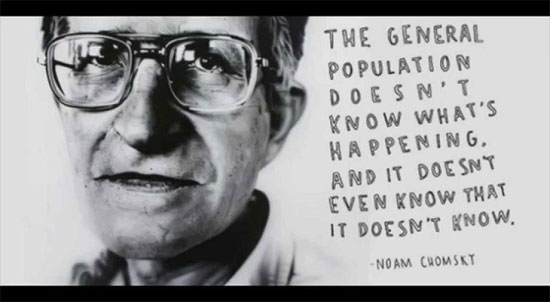 The masses are in denial. Corruption, sexual abuse, satanic ritual abuse abound but no one mentions Freemasonry. The legal system and police are compromised.
The ruling class is complicit in the subversion of civilization. The masses have Stockholm syndrome. They hope that the psychopaths won’t harm them if they keep their heads down and behave (political correctness).

Fully invested in their enslavement, people are too venal, craven or dumb to face reality. They confirm Aldous Huxley’s prophesy that the slaves “will love their slavery”. Soon the Illuminati will degrade us until humanity’s Promise is lost, and the Illuminati’s depraved vision of man is vindicated. Then our culling under some pretext or other will seem like Divine Retribution. That’s how Satan works.

Our best hope is the Internet. It’s harder to institute a police state in an age of instant communication. As long as the Internet is free, we will remain free.
In the meantime, let us remember we live in an open air mental asylum. “Fitting in” means joining the insane.

In the following revealing video film maker Aaron Russo tells about the Rockefeller elite’s plan for world government with everybody being brain-chipped. Nick Rockefeller foretold exactly the 9/11 and ensuing events. Rockefeller boasted of his family having funded driving women into the labor market in order to have their children educated in kindergartens to become good NWO subjects – and to pay more taxes.