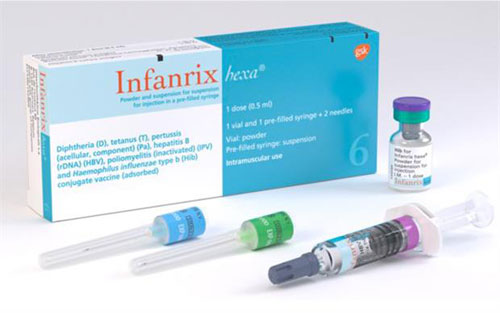 A confidential GlaxoSmithKline document recently leaked to the press exposed that within a two-year period, a total of 36 infants died after receiving the 6-in-1 vaccine, Infanrix Hexa. According to the website Initiative Citoyenne who reported the news, the 1,271 page document revealed that GlaxoSmithKline received a total of 1,742 reports of adverse reactions between October 23, 2009, and October 22, 2011, including 503 serious adverse reactions and 36 deaths.

Initiative Citoyenne stated:
“It’s not that 14 deaths were recorded by GSK between October 2009 and end in October 2011 as we had originally calculated but 36 (14 from 2010 to 2011 and 22 from 2009 to 2010). In addition to these 36 deaths at least 37 other deaths (sudden death mainly), bringing the total to at least 73 deaths since the launch of the vaccine in 2000, and again, this concerns only the death by sudden death, no further recovery of under-reporting.”

Using the figure of 36 deaths over a two-year period, this averages 1.5 deaths per month, which by anyone’s standard is extremely high. Note that only 1 to 10% of adverse reactions to vaccines are actually reported. Therefore, in reality, the problem could potentially be far more serious and the actual number of fatalities much higher.

The charts show that many of the babies who died passed away within the first few days of receiving the vaccine. A total of three infants were reported to have died within hours of receiving the vaccine. This tragedy is hardly surprising given the vaccine’s ingredients listed on the GSK Infanrix Hexa product information leaflet, which parents are rarely given the chance to read prior to vaccination, including non-infectious substances from tetanus, diphtheria bacteria, purified proteins of pertussis bacteria, the surface protein of the hepatitis B virus (HBsAg, derived from genetically engineered yeast cells) and inactivated poliovirus.

In an interesting article by Dr. Harold Buttram titled The Ultimate Gamble: Do Childhood Vaccines Result in Genetic Hybridization from Alien Human and Animal DNA Contents? he highlighted the problems associated with just two of these ingredients, including aluminum, which is a neurotoxin associated with Alzheimer’s disease and seizures, and formaldehyde, which is a known cancer-causing agent commonly used to embalm corpses.

Dr. Harold Buttram also stated:
“It is universally recognized among toxicologists that combinations of toxic chemicals may bring exponential increases in toxicity; that is, two toxic chemicals in combination will bring a ten-fold or even a hundred-fold increase in toxicity.
A classical example of this principle was the Schubert study in which it was found that the amount of lead and the amount of mercury, when each was given separately, would be lethal for one percent of rats tested, would become lethal for one hundred percent of rats tested when combined.
In vaccines this principle would apply at least to mercury and aluminum, both of which are potent neurotoxins.”

Considering this information, is it any wonder that babies are dying after receiving vaccinations containing these ingredients? GlaxoSmithKline may try and hide the facts from us but they cannot hide them forever. Infanrix Hexa should be removed from the market immediately.