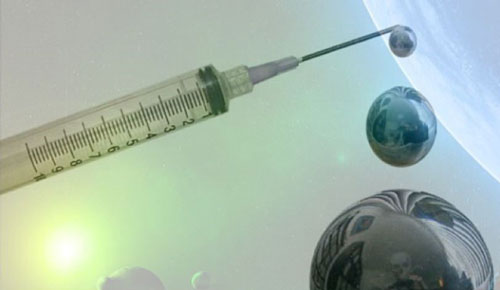 According to a report by Tim Bolen, Hillary Clinton Personally Arranged for Chinese Vaccine Manufacturers to Avoid US Government Scrutiny, there are going to be a lot more problems, it seems, if Chinese made vaccines are going to be “pre-approved” by the World Health Organization (WHO). In that case, they would completely bypass any US agency inspections!

Why shouldn’t we have much faith in Chinese-made vaccines or any vaccines? Well, the Chinese have a documented history of toxins and contamination in their products – anything from dry wall to children’s toys and jewelry to farmed fish, including most products in between − and the foods they manufacture and sell globally.

In the book Our Chemical Lives And The Hijacking of Our DNA, A Probe Into What’s Probably Making Us Sick, appeared in 2009, an entire chapter is devoted to exposing the problems with Chinese-made goods. That chapter is titled The China Trade Debacle: Toxic and ‘Made in China’. We can only imagine what will happen with vaccines!

According to consumer advocate Tim Bolen, the drug industry, with Hillary Clinton and the rest of the Clinton Foundation “Pay-To-Play” network have arranged far more than a vaccine deal with China. China has a “free-ride” over all drugs manufactured for the US market. And it had that “free-ride” for years.
Let’s piggy-back that information with another story: A Mysterious Illness is Paralyzing Children Across the US. It says: “Vaccines eradicated polio from the United States almost four decades ago, but a new virus with similar symptoms is now spreading across the country. Acute flaccid myelitis (AFM) first appeared in 2014, but the Centers for Disease Control and Prevention just confirmed 50 new cases in 24 states as of 2016. Even worse, 90% of those are children.”

The above paralyzing of children reminds us of what happened after Bill Gates took his vaccine program to India to vaccinate children against polio, which for all intents and purposes had been “eradicated” there, while 47,500 children ended up being paralyzed!

Here are two interesting articles on that subject:
– Indian Health Experts Question The Universal Immunization Program
– 53,000 Paralysis Cases in India from Polio Vaccine In A Year – NPAFP Identical to Polio But Twice as Deadly

Now, let’s contrast the above stories with Bill Gates’ infamous equation for reducing CO2 that he proudly spouted at a February 2010 TED talk in this less than 4 minute video, which ought to make everyone wonder what’s really going on: How much can vaccines reduce the population, according to Bill Gates?

However, with vaccines being made in China and the CDC currently going after its rulemaking where it can snatch anyone it thinks may have been exposed to a communicable disease off the street or elsewhere, we have to wonder “What really is going on; why and where is the U.S. Congress in all of this?”.