At a children’s health conference in April 2017, the results of a study were presented which show that glyphosate, the main component in the Monsanto herbicide Round Up is detected in pregnant women and could lead to adverse outcomes, including shorter gestation times and lower birth weights.

The news comes just weeks after the USDA scrapped plans to start testing food for glyphosate.
For the study, researchers tested and tracked 69 pregnant women and found that the presence of glyphosate levels in the women’s bodily fluids correlated with unfavourable birth outcomes.

The study, which is still in the preliminary stages, is a project of the Children’s Environmental Health Network (CEHN), which is studying the effects of the chemical on reproductive and children’s health amid rising herbicide use in the U.S. Midwest.

Paul Winchester, M.D., member of the research team involved with this study, medical director of the neonatal intensive care unit at the Franciscan St. Francis Health system and professor of clinical paediatrics at Riley Hospital for Children in Indianapolis, Indiana, said glyphosate exposure in pregnant women is a “huge issue” adding: “Everyone should be concerned about this.”

Concerning Findings of the Study

Preliminary work found glyphosate in the urine of 91% – 63 out of 69 – women receiving prenatal care through an Indiana obstetric practice.

The data, collected over 2 years, from 2015-2016, revealed that women with high levels of glyphosate in their bodies had significantly shorter pregnancies, and gave birth to babies with lower adjusted birth weights. 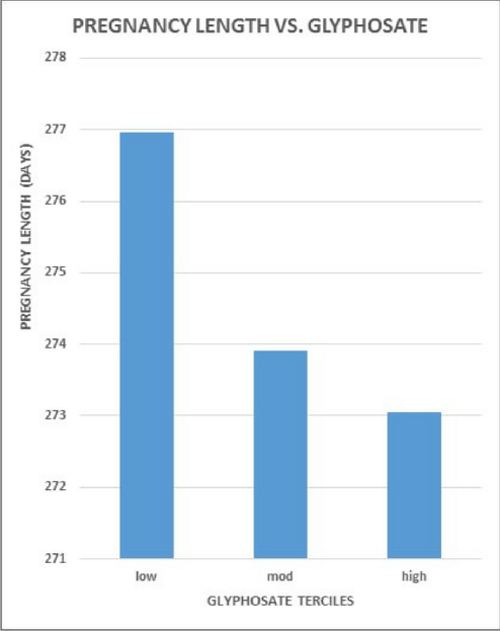 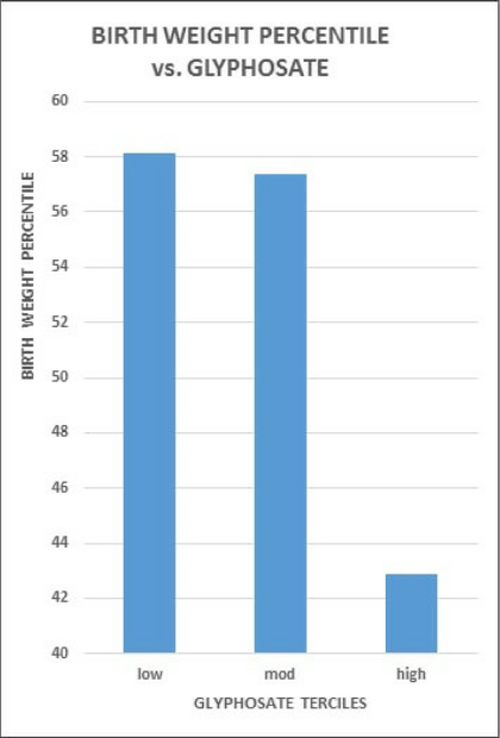 Both premature delivery and low birth weight are considered risk factors for numerous health and/or neurodevelopmental problems throughout a person’s life.

The researchers found that women living in rural areas had higher mean glyphosate levels than women living in urban and suburban regions. This suggests that proximity to corn and soybean fields that are heavily treated with glyphosate is a route of exposure for these women.

Glyphosate use has risen sharply over the past 20 years. In 2016, a landmark report listed the chemical as the most widely used herbicide in history.

Winchester says he was surprised to see such a high percentage of pregnant women with detectable glyphosate in their urine. He also says much more research on the weed killer is needed, and more data is needed on levels of exposure through food.

He and other researchers are calling on the CDC to start bio monitoring glyphosate and its main metabolite, aminomethylphosphonic acid (AMPA). The agency currently tracks levels of other pesticides and chemicals in urine and blood.
Winchester says: “Is this level of exposure safe or not? We’ve been told it is, but exposures haven’t been measured. It’s mind-boggling.”