…Has Been Scientifically Determined for Children or Pregnant Women 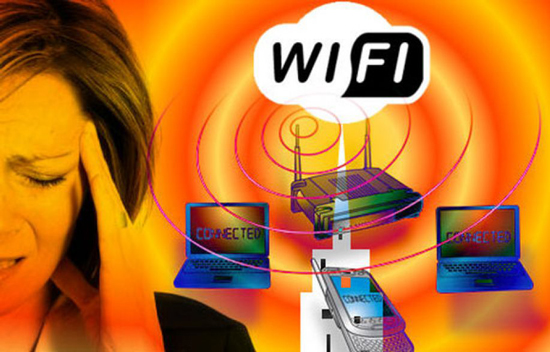 Tech inventors have been limiting their own kids’ exposure to new technology for many years already – even sending them to private low-tech schools. Due to the increase in “digital addiction” among children, tech inventors and investors have been speaking out promoting technology use by children.
“Digital addiction” isn’t the only reason to be concerned: no “safe” level (of cell phone or WiFi radiation) has been scientifically determined for children or pregnant women.

Since 2009, America’s favorite doctor, Dr. Oz, has recommended that parents limit how much their children use cell phones because of exposure to radiation.
Decades of scientific research on exposure to cell phone radiation, wireless (WiFi) radiation, and electrical pollution (electrosmog) has already proven that it can worsen pre-existing conditions even if didn’t cause them.
U.S. federal safety standards and guidelines were established more than 20 years ago which makes them outdated. Adults and children use and are exposed to more cell phone and wireless radiation and electrical pollution emitting sources and more than they were when these standards and guidelines were established. Testing is still conducted on plastic mannequin heads and body parts so that also makes it inaccurate.

In February (2018), CBSNews.com posted Cell Phones and Cancer: 8 Dumb Things to Boost Possible Cancer Risk. Number 3 “dumb thing” is “Encouraging Kids to Use Cell Phones”.
This is not breaking news. In 2011, cell phone radiation and other sources of WiFi radiation were classified as a “Group 2B Possible Carcinogen” by The World Health Organization. This was written specifically in regard to children.

From CNN:
“1. Children’s skulls and scalps are thinner. So the (wireless) radiation can penetrate deeper into the brains of children and young adults.
2. …the impact of (wireless) radiation can be much larger (in children).
3. What (wireless) microwave radiation does… is similar to what happens to food in microwaves, essentially cooking the brain.
4. So in addition to leading to a development of cancer and tumors, there could be a whole host of other effects like cognitive memory function…
5. The biggest problem we have is that we know most environmental factors take several decades of exposure before we really see the consequences.”

In 2012, scientists revealed that exposure to cell phone and other sources of wireless (WiFi) radiation can disrupt the Blood-Brain Barrier which may cause it to leak.
This definitely isn’t good for children so there are many organizations also demanding that schools replace WiFi radiation with wired Internet.
Other devices and products that emit wireless radiation include cordless landline phones, computers, iPads, utility “smart” meters, Wi-Fi routers, and more.
Utility companies are not required to provide customers with written guidelines when they install wireless or digital “smart” meters. This may prove to be problematic, especially for those who spend extended periods of time in close proximity to a utility “Smart Meter” or multiple “Smart Meters”.

Like cell phones and other wireless and electronic devices, utility “smart” meters have also been known to malfunction, catch fire and explode.
Some insist that these utility “Smart Meters” also exceed current federal safety standards which apparently don’t apply to children or pregnant women anyway.
Some scientists believe there is enough research that proves wireless radiation should be classified as a Group 1 Carcinogen. At the same time, some scientists still defend the safety of both WiFi radiation emitting technology as well as tobacco products.

In 2014, The Wall Street Journal revealed that 1 in 10 U.S. cell towers were found to be in violation of federal safety standards.
According to Dr. Oz, the “Race for 5G” will require hundreds of thousands, if not millions of small cell towers to be installed – even in front of homes – so we can “binge watch, surf, and post online” at faster speeds. This is of concern to many people.
Firefighters have also been concerned about cell towers and antennas being installed on station property for many years now.
Elected officials and telecom companies don’t seem to care about any of this.

All of this can also affect pets, wildlife and nature.
According to the National Institutes of Health, “The Precautionary Principle” in environmental science includes 4 central components:
1. Taking preventive action in the face of uncertainty;
2. Shifting the burden of proof to the proponents of an activity;
3. Exploring a wide range of alternatives to possibly harmful actions;
4. Increasing public participation in decision making.

We are constantly warned about protecting ourselves and our children from sun exposure. This is not happening with exposure to sources of cell phone and wireless radiation or electrical pollution.

Most would agree that illness – regardless of the source – tends to age us faster. When we are exposed to wireless radiation, we absorb it. This then has the potential to age children faster as well. Is that what most parents want?

In a nutshell, “…the claim that a device ‘meets government standards’ or that radiation levels are ‘FCC compliant’ gives a false impression of safety”.
Research has also determined that cell phones are 10 times dirtier than a toilet seat.
If nothing else, think about that every time you see kids put cell phones in or near their mouths.